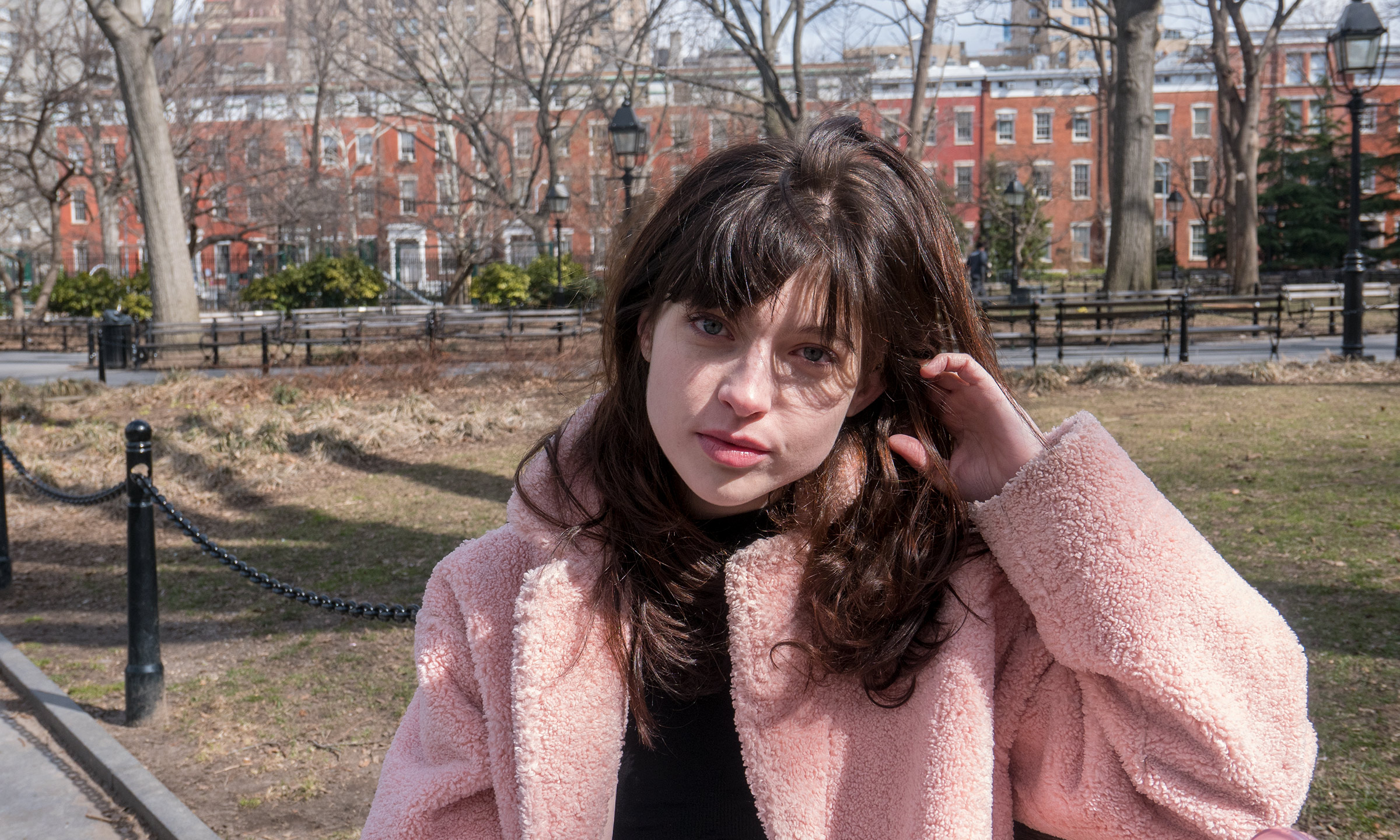 Paris Sanders on speaking up and activism in the digital age

Paris Sanders is a model and activist who uses the power of social media to engage in activism and create awareness around societal injustices. What started as a mechanism to harness her energy, Paris quickly became immersed in educating herself – and by extension educating others – about socio-political issues ranging from women's reproductive rights to immigration rights.

Paris, tell us a bit about yourself.

I am originally from Los Angeles and my sun, moon, and rising are all Earth signs. I studied Philosophy and Political Science at Tufts University, and am currently a model with Wilhelmina in New York. I have three half sisters, six nieces, three aunts, and went to an all-girls high school. I love to read dystopian novels, to write, and to dance to Sister Sledge when I’m in a sour mood. 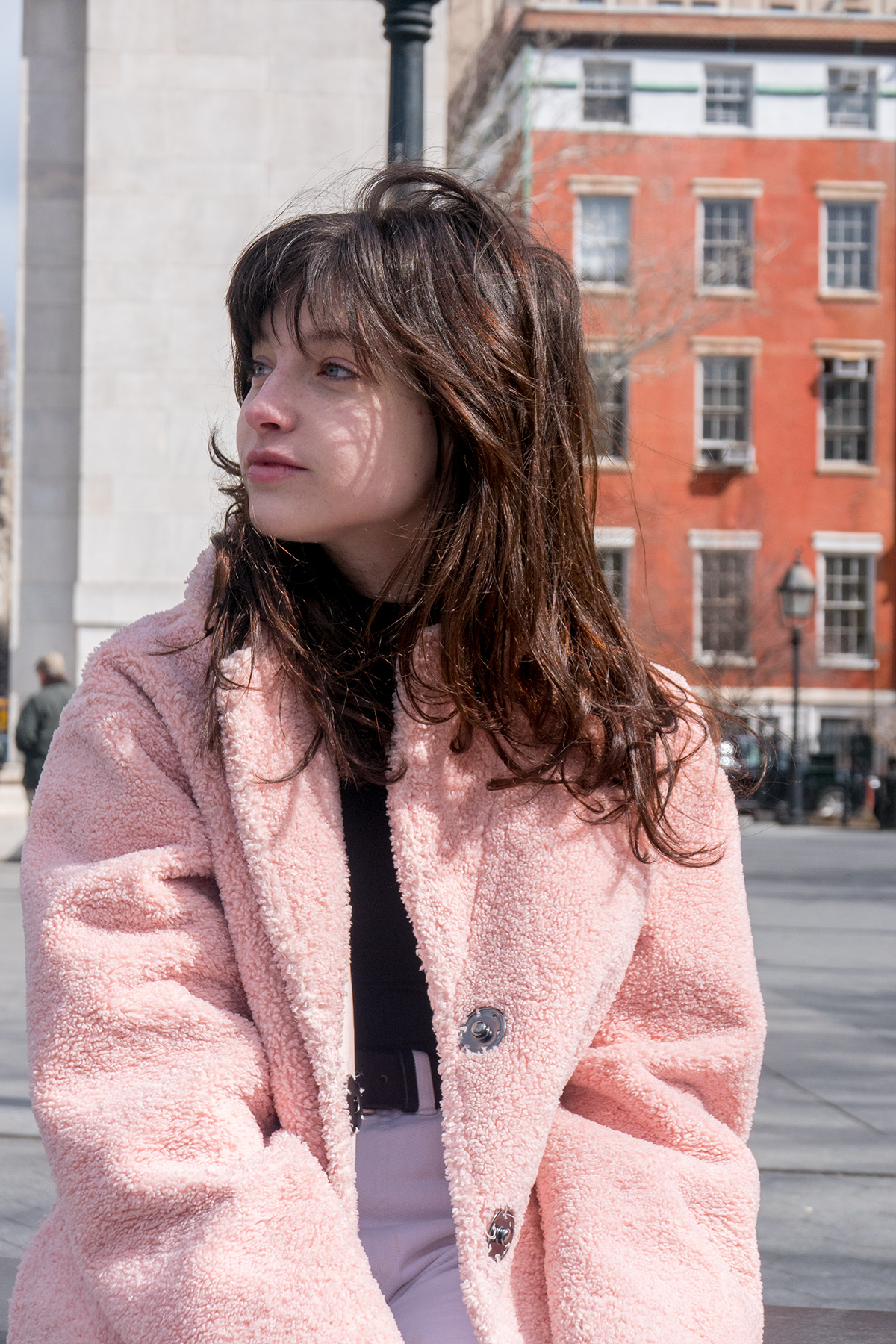 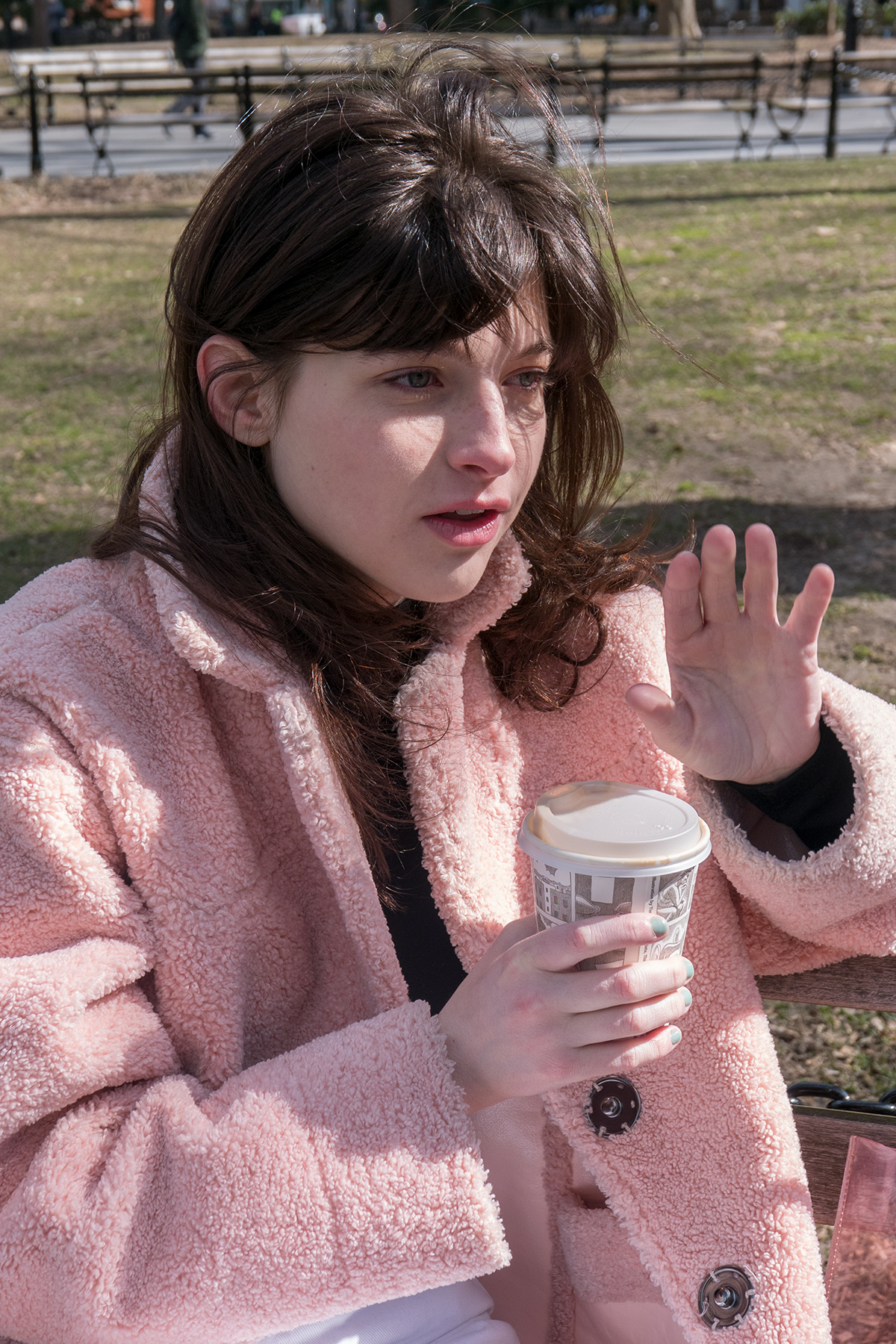 You have been actively involved in several social justice initiatives from women’s reproductive rights to gun control. What piqued your interest in activism?

I am a really argumentative person and that was a bit more unbridled when I was a kid. I was a “tomboy” and got into full-blown fights with all of the boys in school that told me I wasn’t smart enough for Honors Math because I was a girl. When I got a bit older, my mom couldn’t take arguing with me all the time and thought it would be wise to sign me up for Speech and Debate to redirect my energy. I did a certain format of debate called Lincoln Douglas, which is truly awful but is moral philosophy based. All of our arguments had to have a specific ethical framework, so to train for tournaments I read a lot about distributive justice, social justice, political theory—it’s crazy to imagine reading John Rawls or Judith Butler at 15 years old but it really changed my life. I had always identified as a feminist, but I slowly became more informed and realized how intersectional “feminist” issues were, and tried to find ways to actively and mindfully engage with these issues. In my first semester of college, I joined our Planned Parenthood affiliate organization on campus and was elected President that Spring. From there on, I worked at Planned Parenthood League of Massachusetts as a clinic escort, campaign advocacy team member, and campus organizer. At Tufts I also worked on a Title IX task force, because that was a big issue at the time I started college. 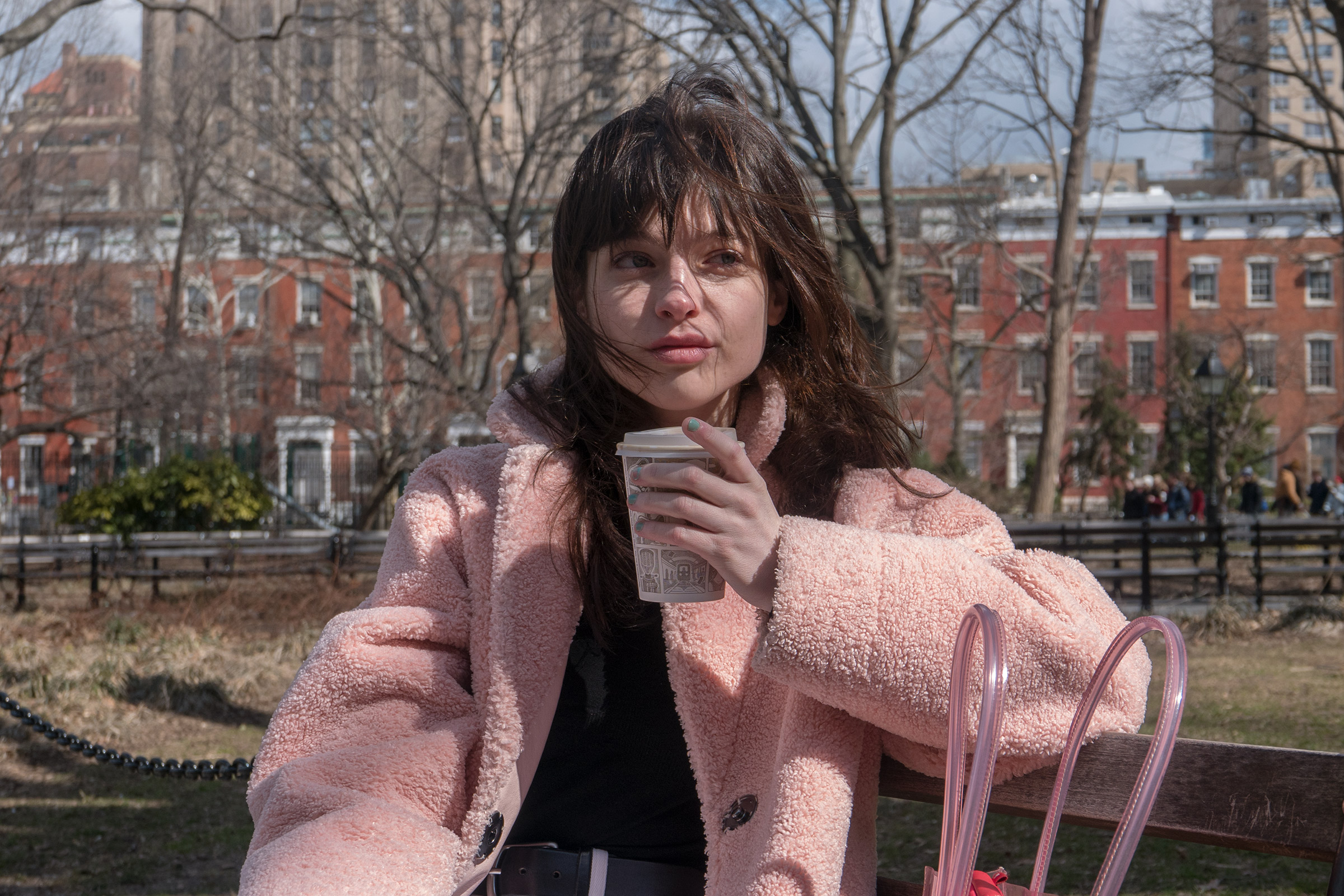 Having recently moved to New York City and now pursuing modeling professionally, how has it been like to navigate this trajectory professionally?

I was considering applying to law school this Fall, but the opportunity to sign with Wilhelmina arose and I decided to take a risk. It’s been difficult, if only because I never imagined modelling at all, much less full-time. I’m only average height so I never really believed modelling was a viable option for me. Luckily, the industry is changing in so many ways and diversity in size, ethnicity, gender identity, and height is finally starting to become more normalized. My team at Wilhelmina has been extremely encouraging of me and loves the fact that I’m socially engaged. Unfortunately, our society has a tendency to imagine things that women and femmes are associated with — fashion in particular — as frivolous or irrelevant work. I think that many people see modelling as an inherently shallow or unintelligent profession, which is ridiculous to me. There are so many smart, passionate, aware women who also happen to be models.

The growth of movements such as Black Lives Matter and Tahrir Square are indicative of how social media can be a key player in effecting change. How can we use social media responsibly to engage our audience in advocacy?

This may be a bit blunt but I honestly believe that everyone with a major platform has an obligation to speak up about social issues. I don’t care if you lose followers. I don’t care if it’s “off-brand.” We are in a time in history where messages can be spread quickly, worldwide, and at little to no cost. Social media “influencers” have such a unique ability to be role models, to inspire change, or at the very least to draw people’s attention to social issues. Even if it’s just sharing a story, sharing the names of black women targeted and killed by law enforcement, or encouraging your followers to register for an upcoming election or volunteer for a campaign, it means something. In the Trump era, being “apolitical” is being complicit. 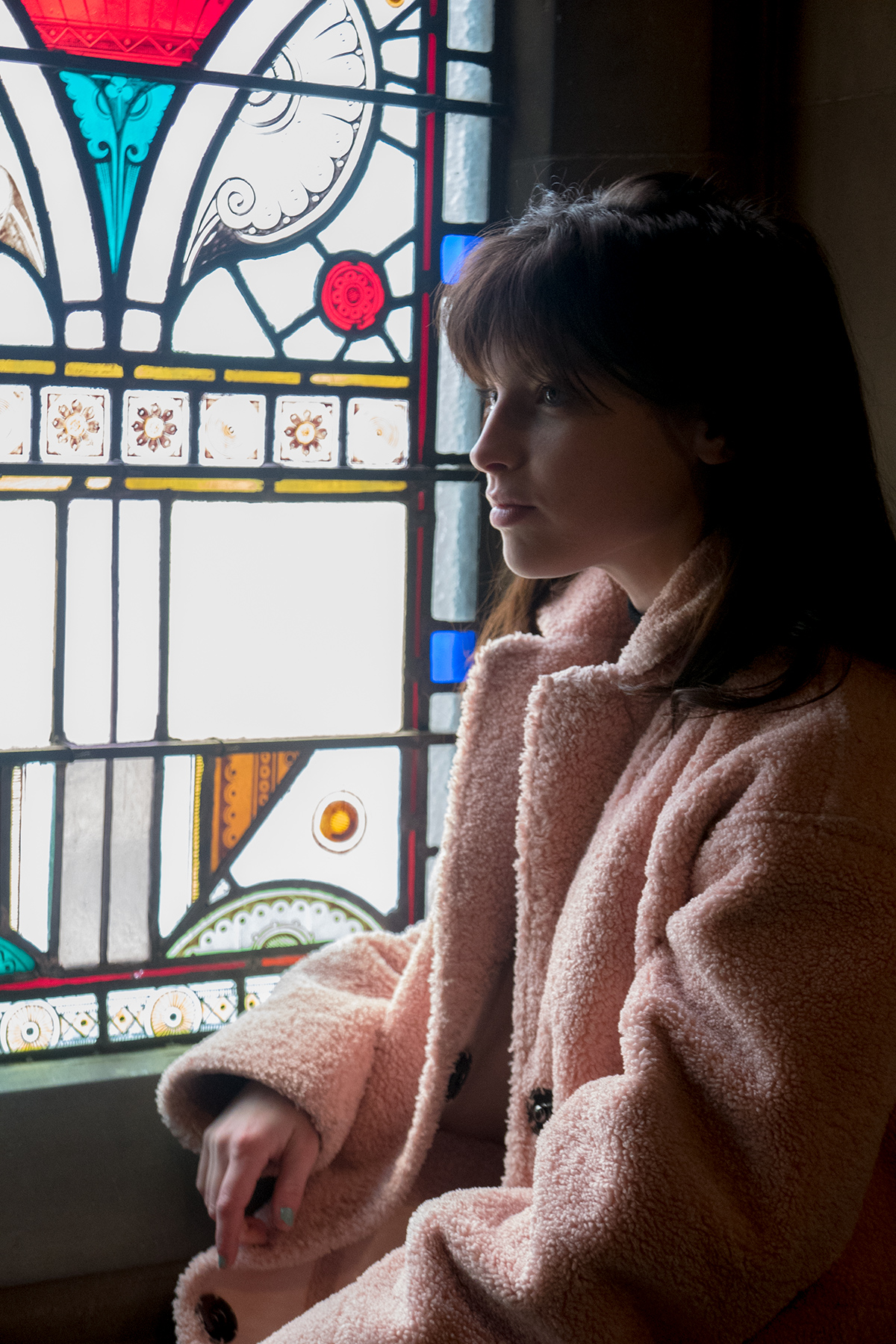 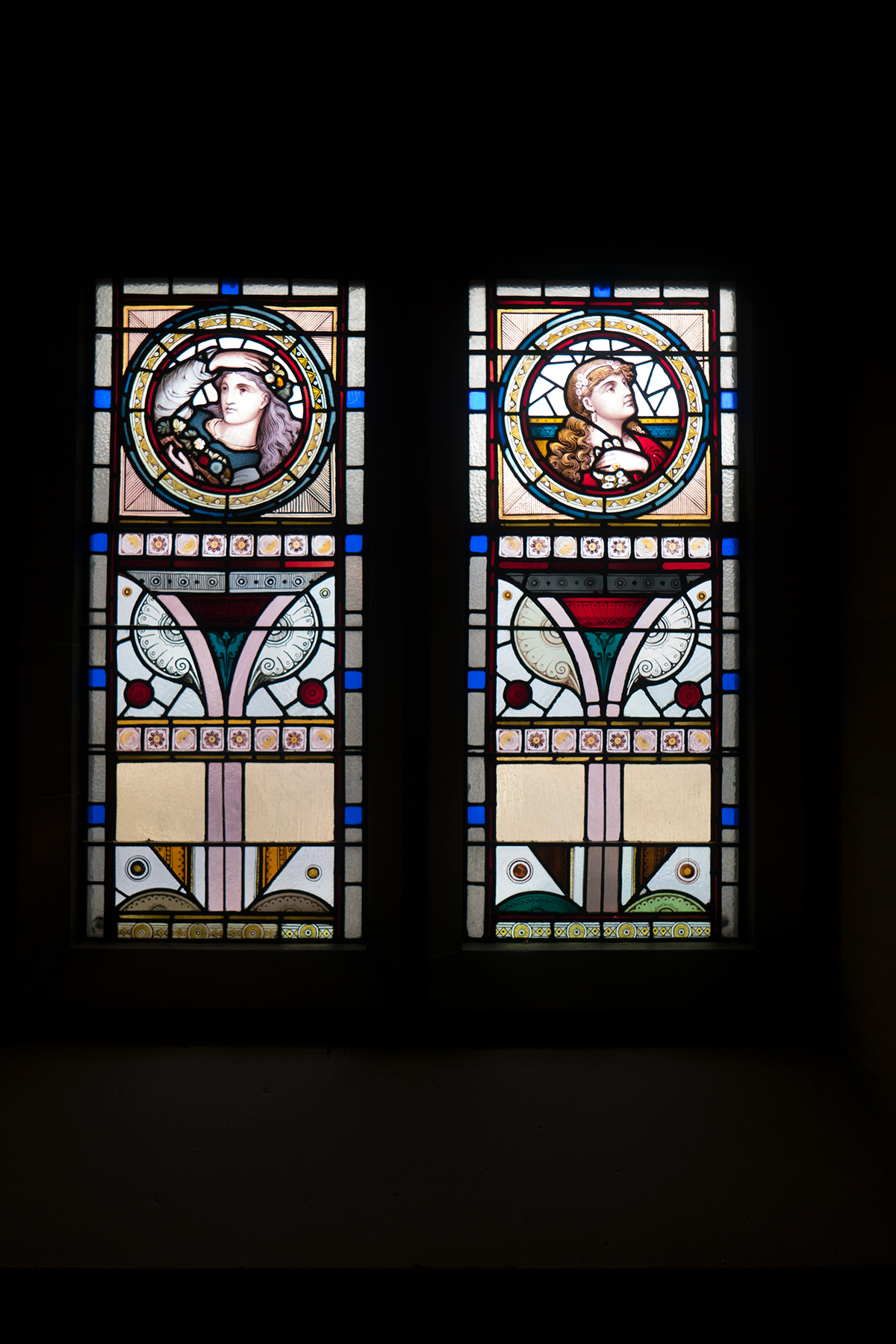 What are some organizations you would recommend joining and/or supporting to those seeking to be more directly involved in their communities?

Planned Parenthood, NARAL, ACLU are some great “big organizations.” I also like the work that Swing Left does, as well as the Violence Intervention Program in Los Angeles, and Housing Works here in New York.

What is one book you never tire of reading?

That’s such a tough question! Probably this book of selected poems by E.E. Cummings I have.

In what moments do you feel the most like yourself?

When I am with my three half-sisters, who are all strong, bright, talented women. When I get a sudden urge to write and let myself for hours. When I have a really deep and open conversation with my close friends or my boyfriend.

What everyday thing are you better at than everyone else?

I like to think I’m a really good cook, especially for pastry or desserts. I got really into watching the Food Network when I was about sixteen and always would copy the techniques on Chopped or Iron Chef. I try to eat nutritious foods as much as possible for my job in order to have enough energy, but want to have fun, varied and interesting meals. Not that it’s the most healthy, but the best thing I make is Key Lime Pie! 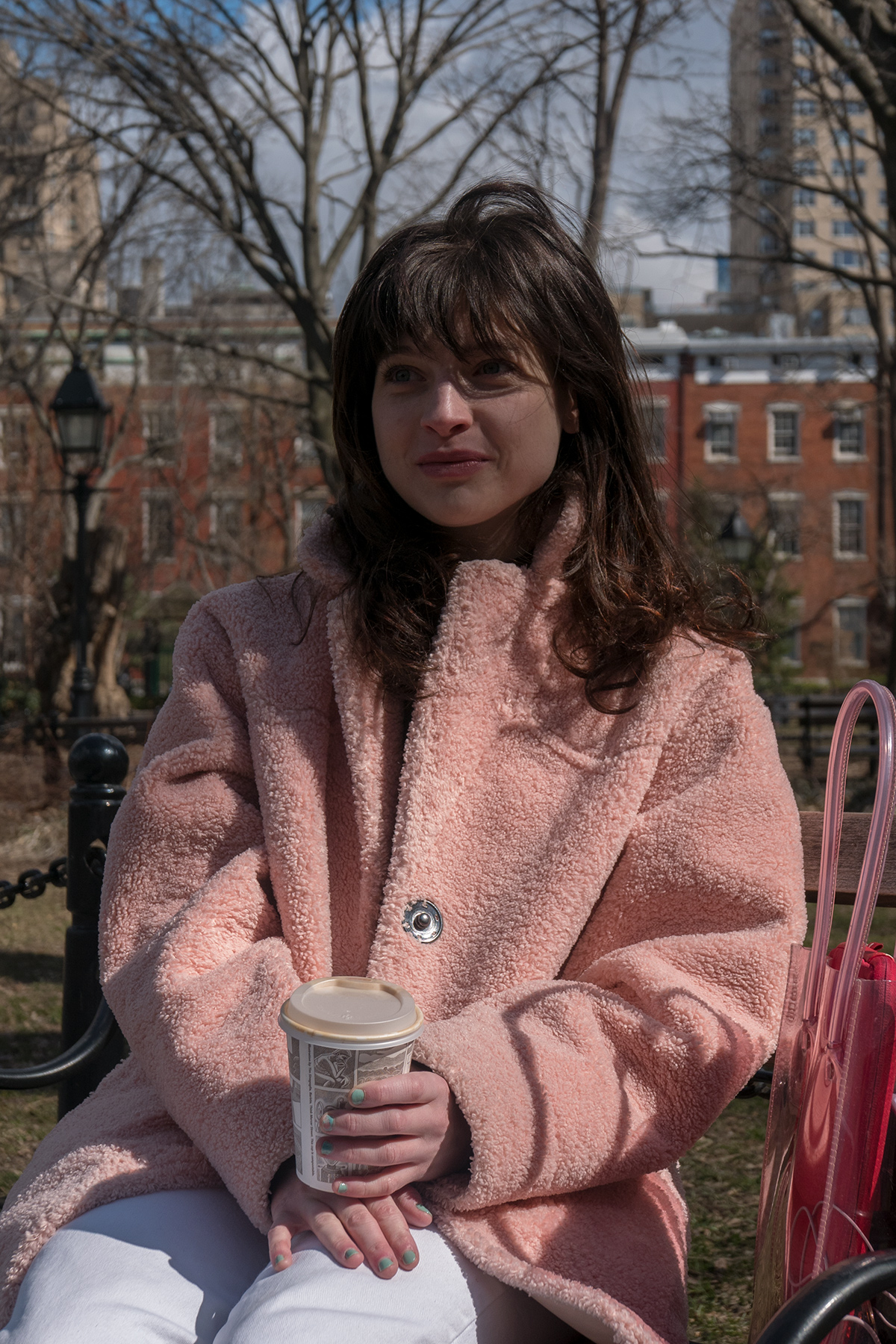 What are your favorite ways to realign your energy?

I love baths at night, cold showers in the morning. Huge fan of the cold shower — it’s great for circulation, keeps your hair shiny, and wakes you up. I like to stretch for at least ten minutes every morning. When I’m particularly stressed or just feeling low, I like to turn my phone off, leave it at home, and go for a long walk somewhere, taking notice of my surroundings and what mindset I’m in.

And looking ahead, what are you planning towards at the moment?

I’m writing a few more articles for publications I’ve worked with in the past, and hope to continue collaborating with brands and organizations I care about. Next month, I’m starting a blog to post regularly about civic engagement, and to offer general information about politics/government in the US.