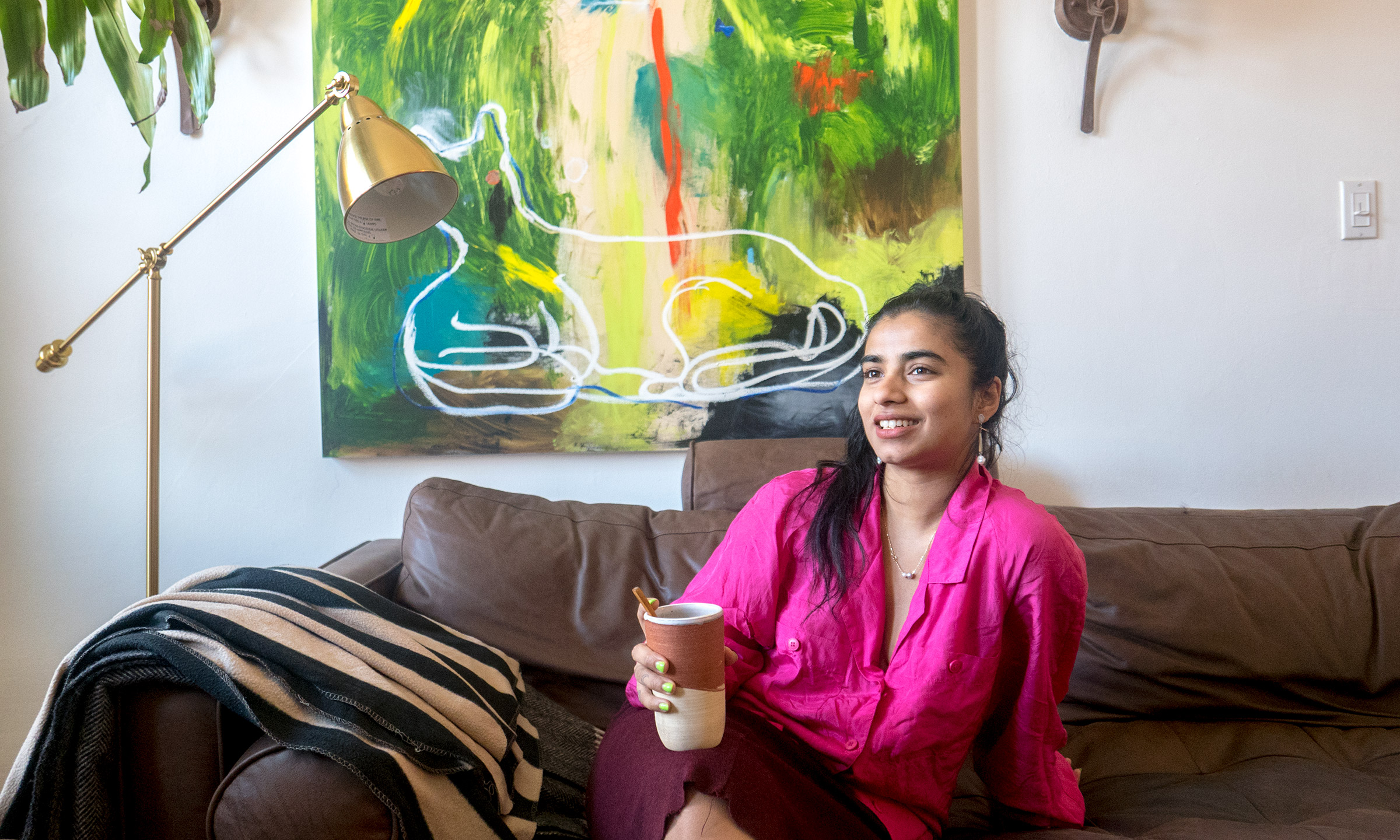 Fariha Róisín on financial transparency and the complexity of identity

Fariha Róisín's home is an apt reflection of her personality, both at once vibrant and tender, slowly revealing its nuances as you get comfortable and begin to immerse yourself in her space. Having been a writer professionally for close to a decade, Fariha has consistently taken on the task of writing about difficult and underrepresented themes such as Islamophobia, mental and women's health, and the experiences of women of color in the Western sphere.

Fariha, tell us a bit about yourself.

I’m a writer, a thinker, a spiritual being.

How did your career in writing take off?

Well I wrote a book when I was young and I sat on it for years. I always thought I’d write and be a human rights lawyer on the side. LOL, that was the dream. Then, when I dropped out of Law school I got an internship at StylelikeU. That was my first job in New York. Then I got a fellowship with IndieWire to be a junior critic, and that really helped me shape what I wanted to write with regard to film writing and pop culture. 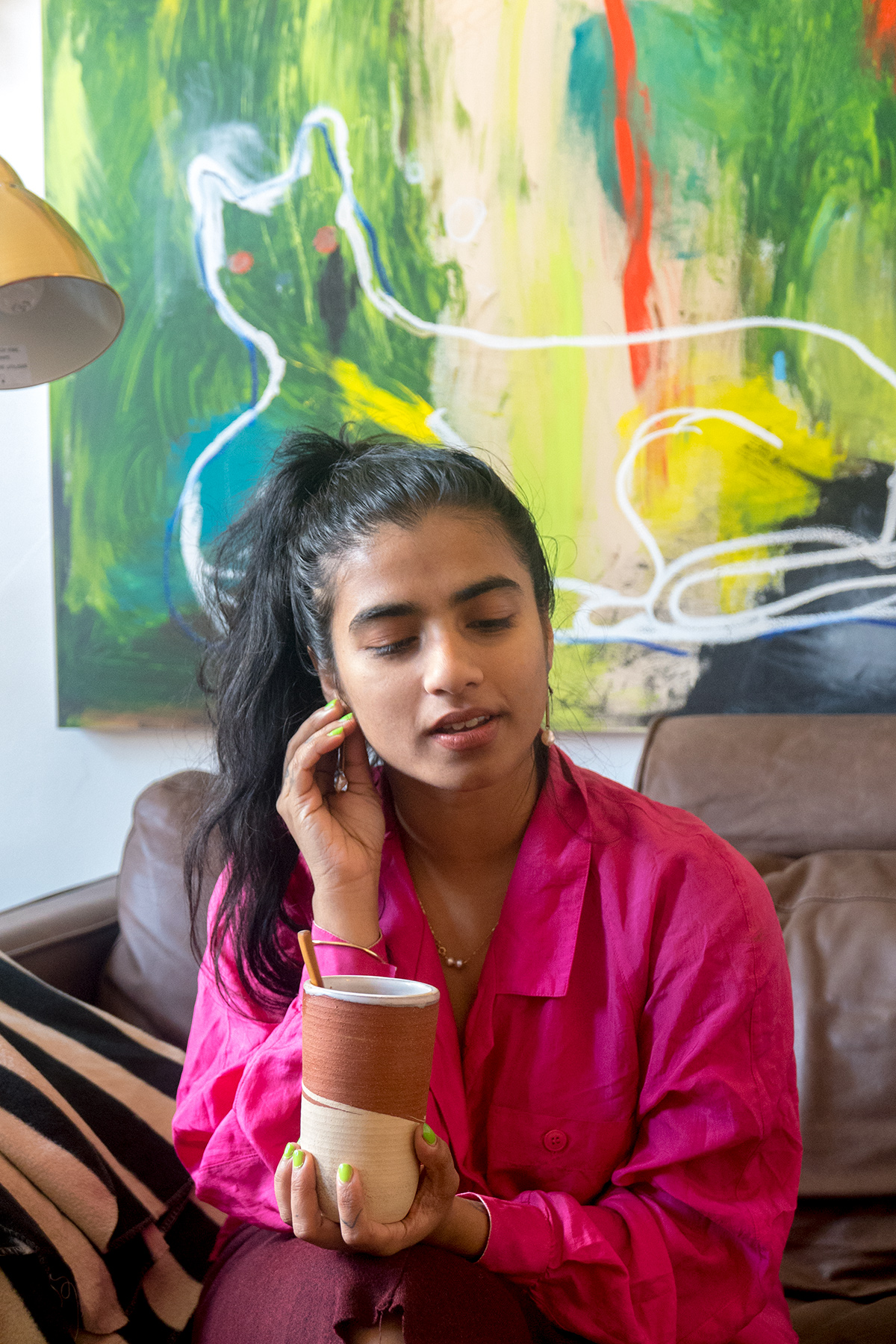 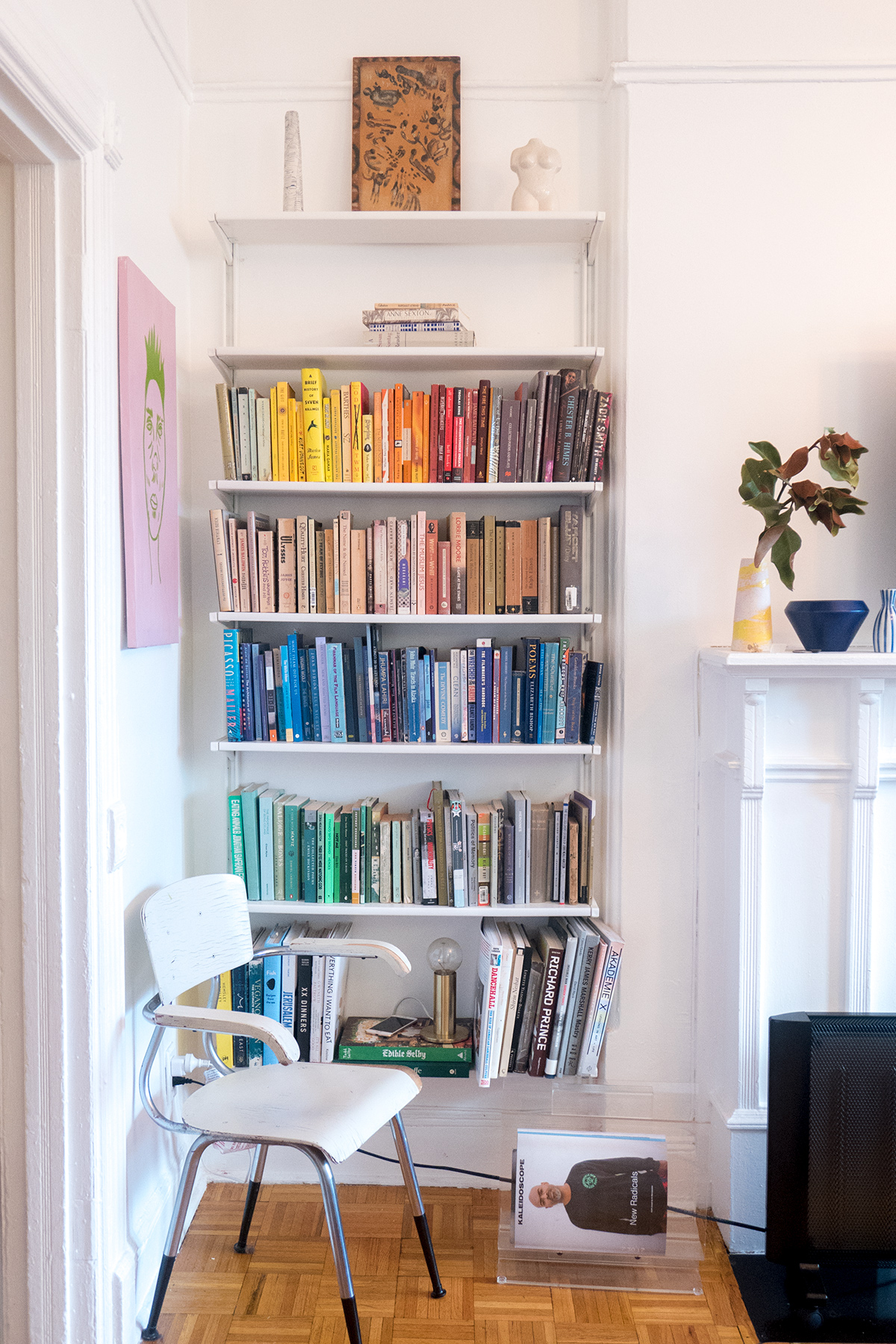 What has been the most pivotal moment for you in all the years that you've been writing?

I don’t really know. My life as a writer in so many ways has been so steady, and so glacial. People are always like “Wow, you wrote this!” And I’m like, “Do you know I’ve been writing professionally for eight years?” I don’t want to sound like a grump but everything has just happened sort of as it does for anyone who has been writing for a while. But I do feel blessed to do this.

What have been some difficulties in pursuing a career as a full-time freelance writer?

Money! Wow, money. Firstly, have transparency over what you make. Always. I think this has been really life-giving to me, to talk about money with my friends. Recently I was offered to be a panelist for a major publication. They also offered two of my friends similar roles. We all asked for a rate, and the two of them were offered a paltry one, but I wasn’t offered anything! Zero. It just made me realize, wow, people will really try and play you if they can. But I was lucky that I was having those conversations with my friends in the first place to know that I was being played.

I did not grow up with money. My parents are now (Alhamdullilah!) comfortable, but when we were growing up? Forget about it. There’s so much trauma around being poor, because you navigate the world differently and you’re afraid of this thing being taken away from you.

I think that’s a combination of why I like nice things so much: I never had them to begin with, but you need money to acquire them. So we’re back to square one. I honestly struggle with it a lot, but I’m also fortunate because for the most part I’ve lived off my writing for years now. But I also primarily lived in Montréal, where I paid $360 a month for rent for 4 years. Now I’m back in New York and I’m like… oh wow. This again. 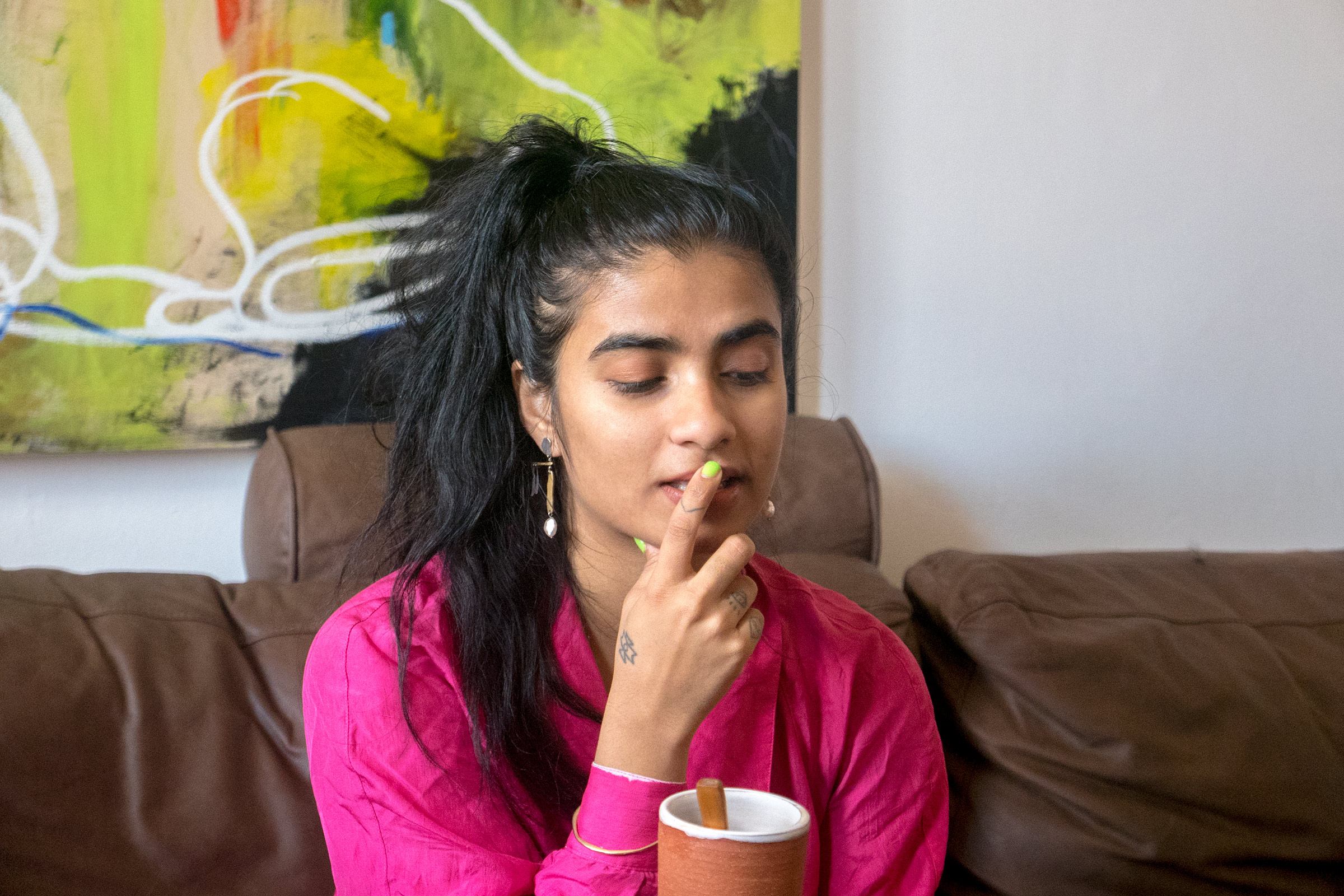 As a Muslim woman of color, there are several taboos associated with writing about subjects such as abortion and sexuality in both Western and non-Western cultures. How have you been able to accept or reconcile with the weight of this?

Listen. We’re complex. I am both a Muslim and a queer woman who has had sex, had an abortion, done all those things that you’re not supposed to. I think when I reconciled that I had done these things, and that I was still a holistically good person (having to unlearn so much deep seated crap) I knew I needed to make space for other Muslims to feel safe for fucking up. I think what’s so scary and dangerous about religion is how it hijacks you of your capacity to do wrong. We’re humans, we’re supposed to fuck up. If someone is going to come at you with hate speech, just know they’re dealing with a lot of internalized self-hate. Nobody that loves themself comes at you like that. 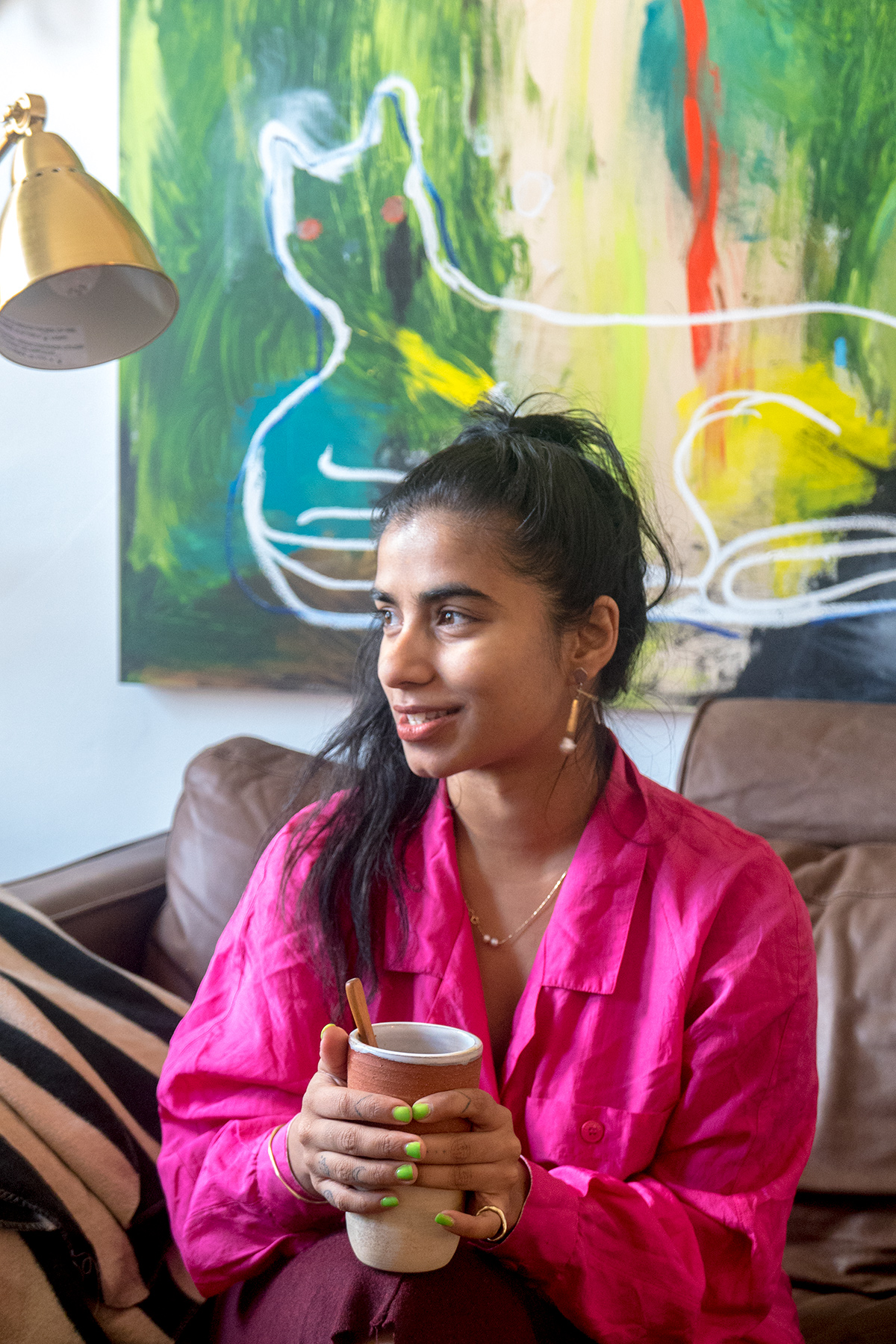 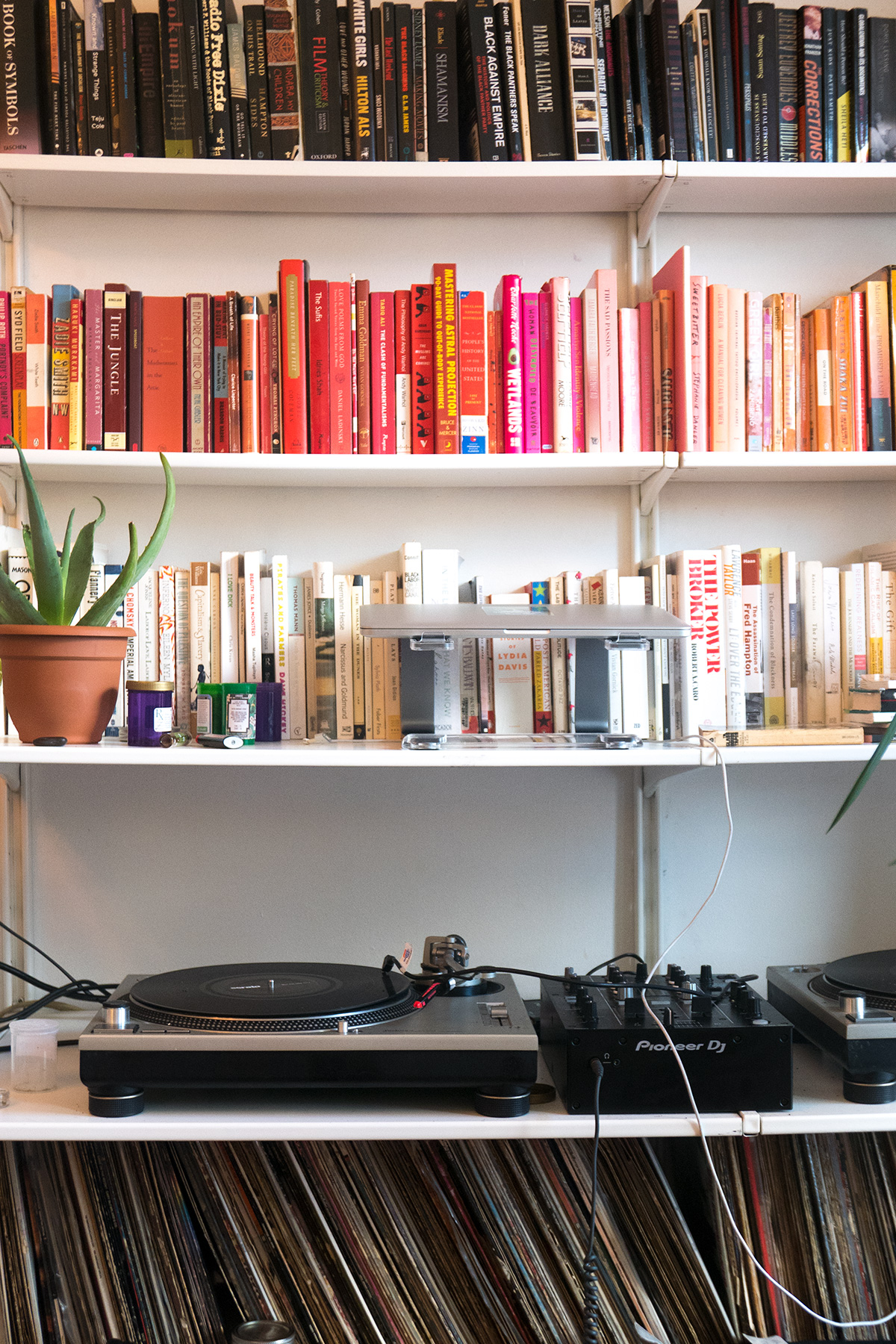 Do you have any advice for someone seeking to be a writer full-time?

Write all the time. Cultivate it. If you believe in it, work at it.

Women of color are notoriously underrepresented in almost every industry, but particularly in media and publishing. Growing up, how did this resonate with you, and has it had any impact on the woman you are today?

This affected everything as I grew up in Australia. You know it’s a struggle when you’re like, “I think I’m important and have things to offer but the people who dictate culture don’t look like me… does that mean I can do this?” It makes you question your ENTIRE being, and your validity as a human. This was the foundation of myself. That shit is toxic! But, these days I’m feeling better about myself and that’s good. It’s a slow heal though. 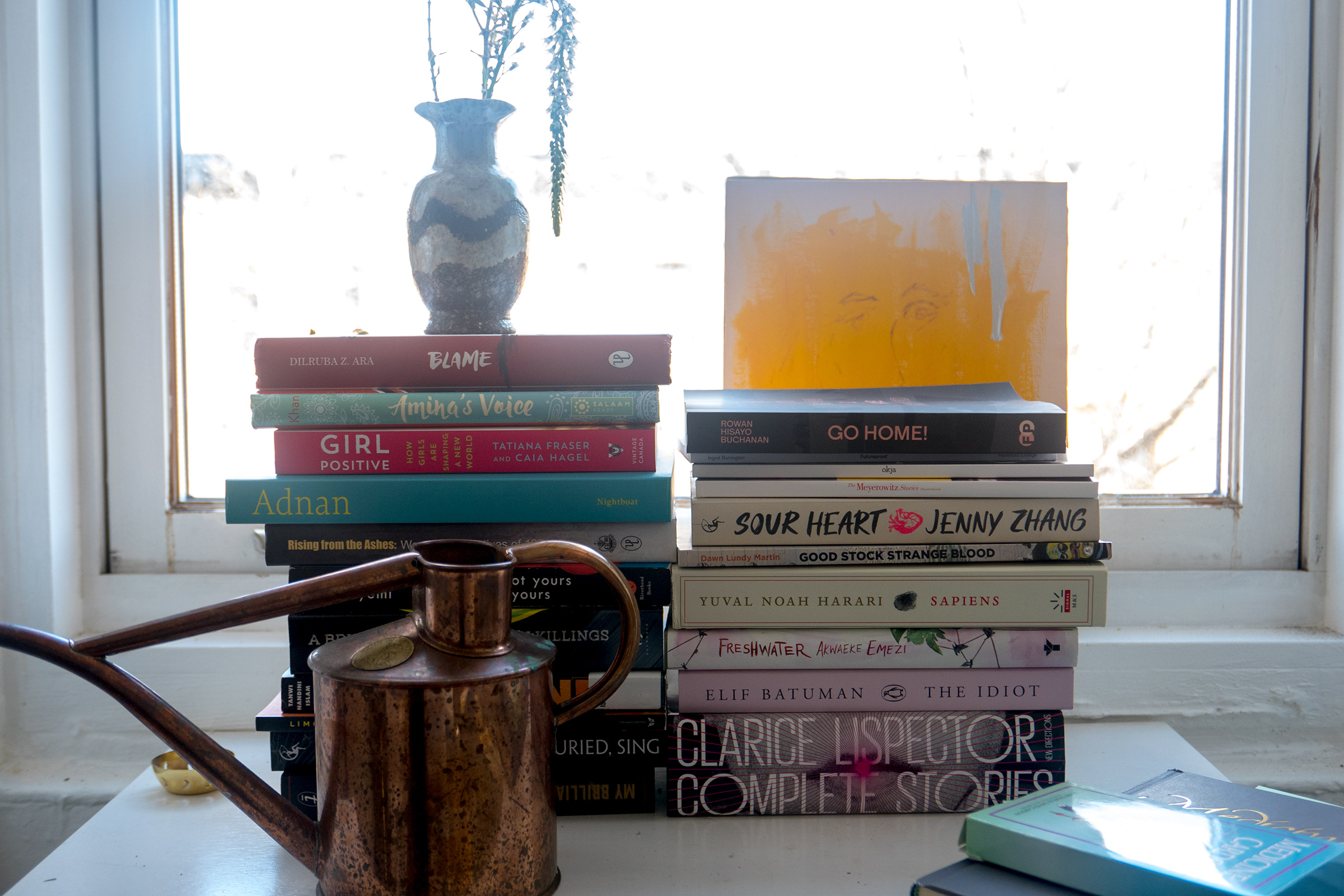 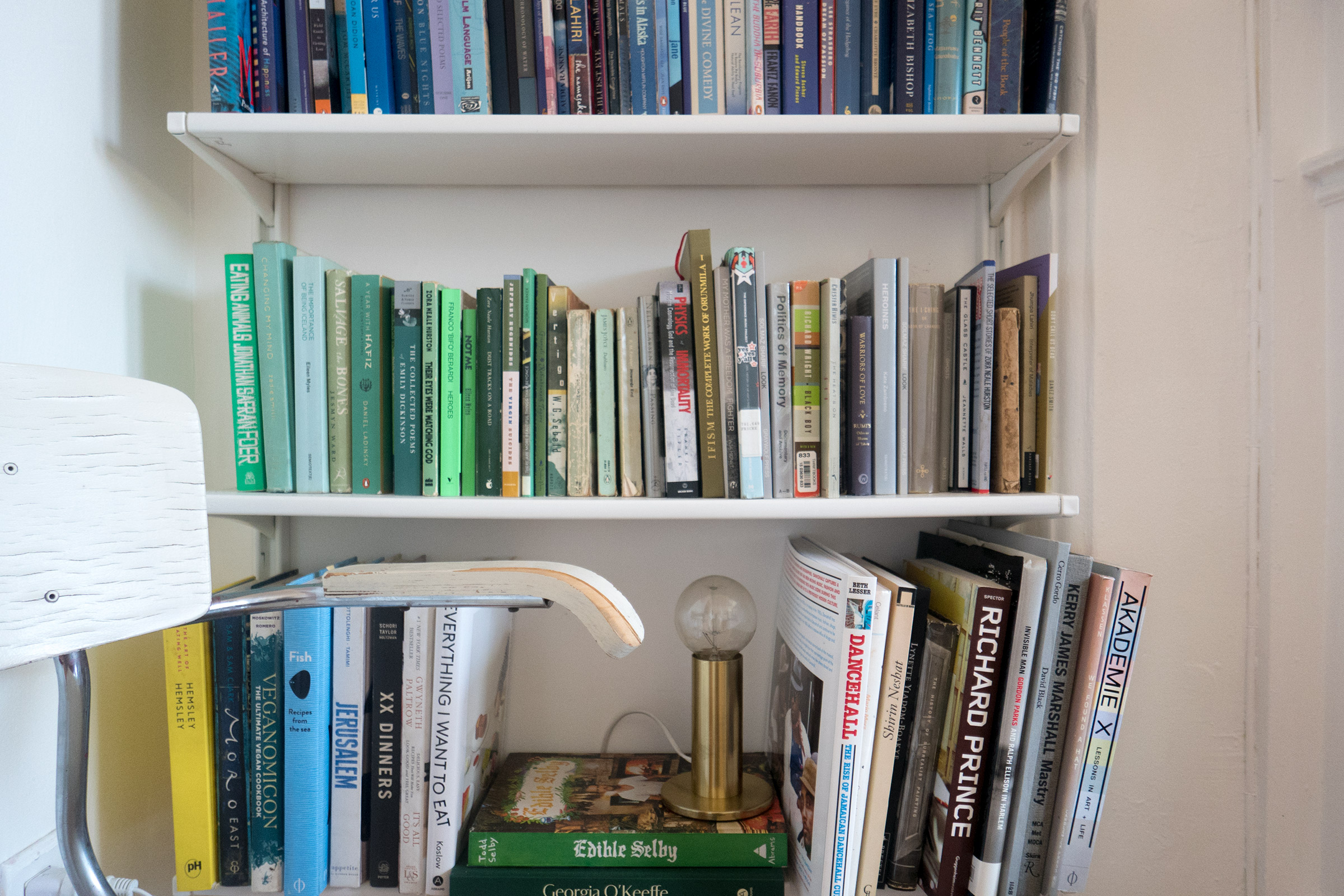 You recently moved from Montreal to New York. What prompted this move, and have there been any hurdles along the way?

Money, as I said. I also don’t like the competitiveness of New York. I just smoked js all day while I lived in Montréal; it was such bliss. It was so luxurious to not have to work that hard to live. Here it’s the opposite, and though the hustle can be fun for a Capricorn like me, I love pleasure too much to enjoy the pace all the time. I also don’t always want to be on. I really don’t like talking to people all the time, because I’m secretly an introvert (a lot of people don’t know that) so the pressure to perform or talk when someone sees you on the street can be a lot, but I’m trying to figure out how to slowly navigate that. I just want people to know that I’m probably generally high/don’t want to talk though I wish you well and I love everyone. 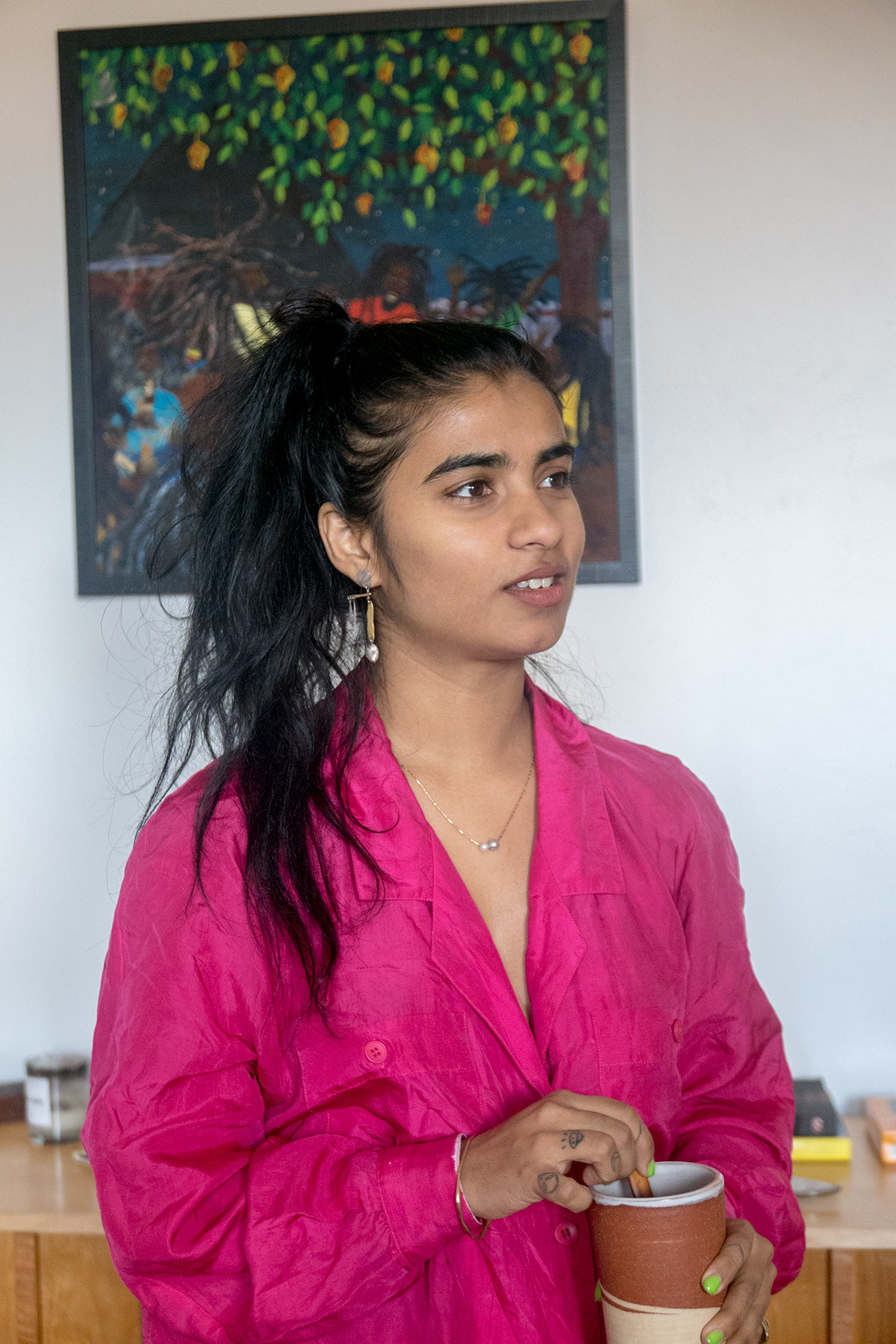 Who are some editors and writers whose work you admire?

Shoutout to Haley Cullingham, who I’ve worked with for three years now and is a darling editor. Also Phillip Picardi who has been so good to me. As have my other faves at them, Meredith Talusan and of course Tyler Ford. I love reading Arabelle Sicardi, Akwaeke Emezi, Jenna Wortham, Jenny Zhang, E Alex Jung and Tanwi Nandini Islam.

My heroes are Etel Adnan, Clarice Lispector and James Baldwin.

How do you care for yourself?

I cook, I watch movies, I read and I drink natural wines. Occasionally, if my wallet permits, I shop. But I prefer vintage like The Lounge Cat (woman of color owned!) or Beacon’s Closet. Maryam Nassir Zadeh has been my dream aesthetic for literally, like, 6 years, but I haven’t yet splurged on anything of hers…yet.

What does success mean to you?

Being able to breathe and not worry about—what’s next? Whether about money or career or anything.

How do you define beauty?

Being you. Being true. 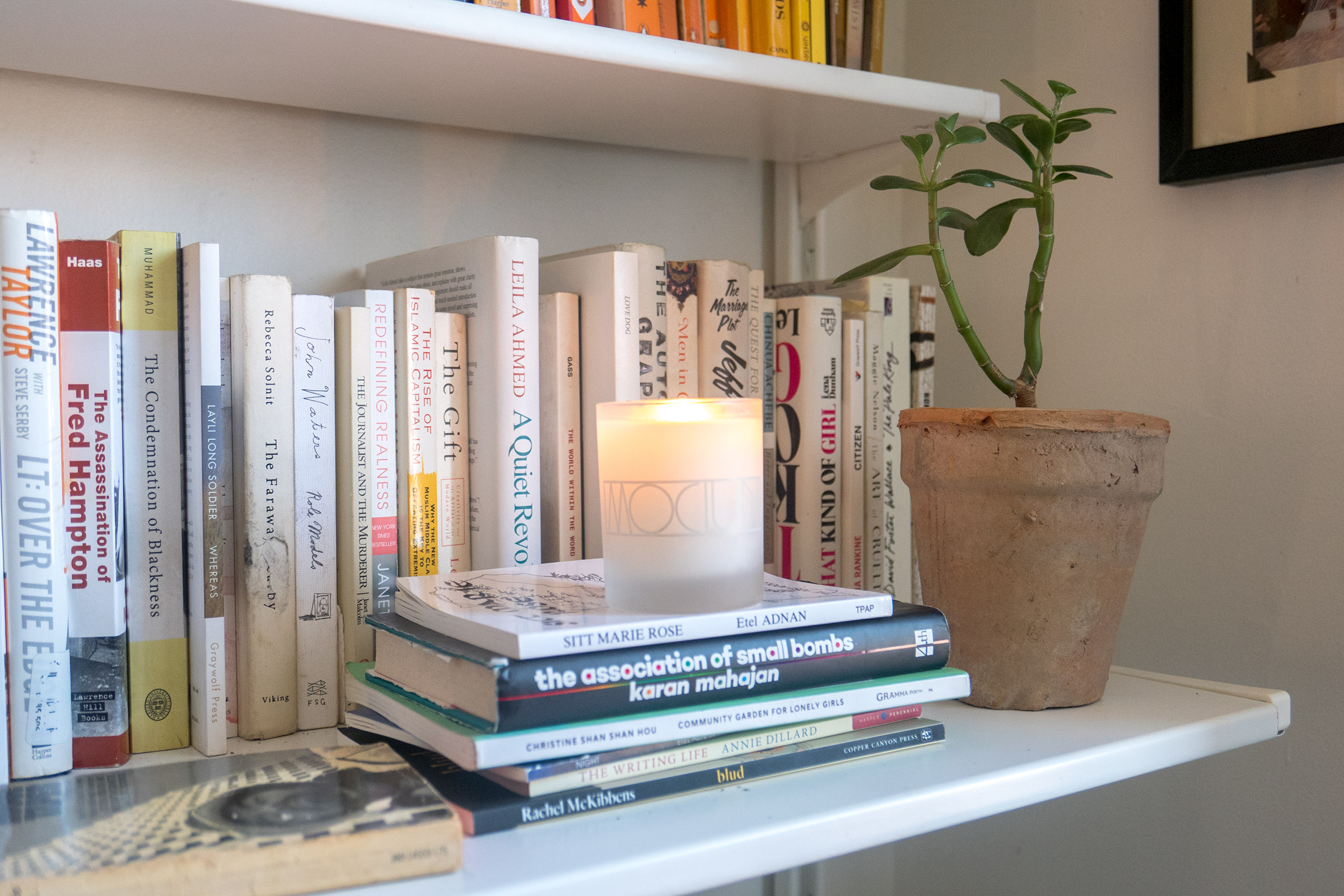