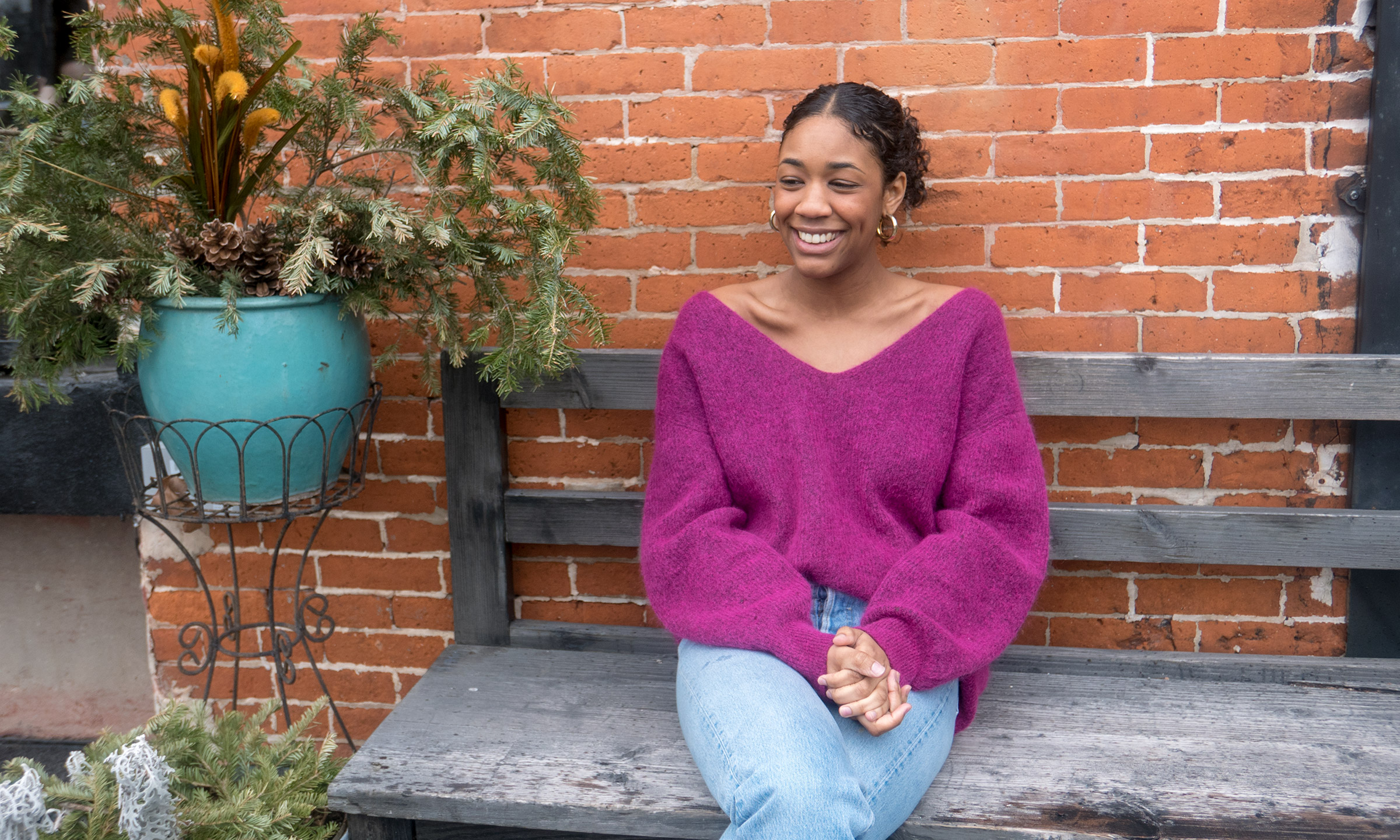 Nia Porter's bright smile and vivacious spirit can light up even the gloomiest of days. Born and brought up in New Orleans, Nia moved to New York City to pursue her passion as a writer, and currently works as the Associate Editor of Emerging Platforms at Vogue. We took a stroll with Nia around her neighborhood of Clinton Hill, and she spoke to us about her internal struggle of being in spaces lacking in representation of black women and the urgency of creating systems of support for uplift.

Nia, tell us a bit about yourself.

I’m a writer and creative from New Orleans, Louisiana but currently living in Brooklyn. Over the last year and a half, I’ve worked as the Associate Editor of Emerging Platforms at Vogue.com—which, if we’re being honest, is just a super fancy way of saying associate editor of Snapchat Discover. There I work directly with models, celebrities, and designers to write original stories and capture exclusive videos that target the next generation of smart, forward-thinking Vogue readers.

When I’m not connecting with “the youths” of social media at work, I’m doing what I do best: scouring the racks of New York City’s vintage shops in search of yet another pair of Levi’s 501 jeans that I don’t need. Oh, and I’m never not reading. This week, it’s “A Field Guide to Getting Lost” by Rebecca Solnit. 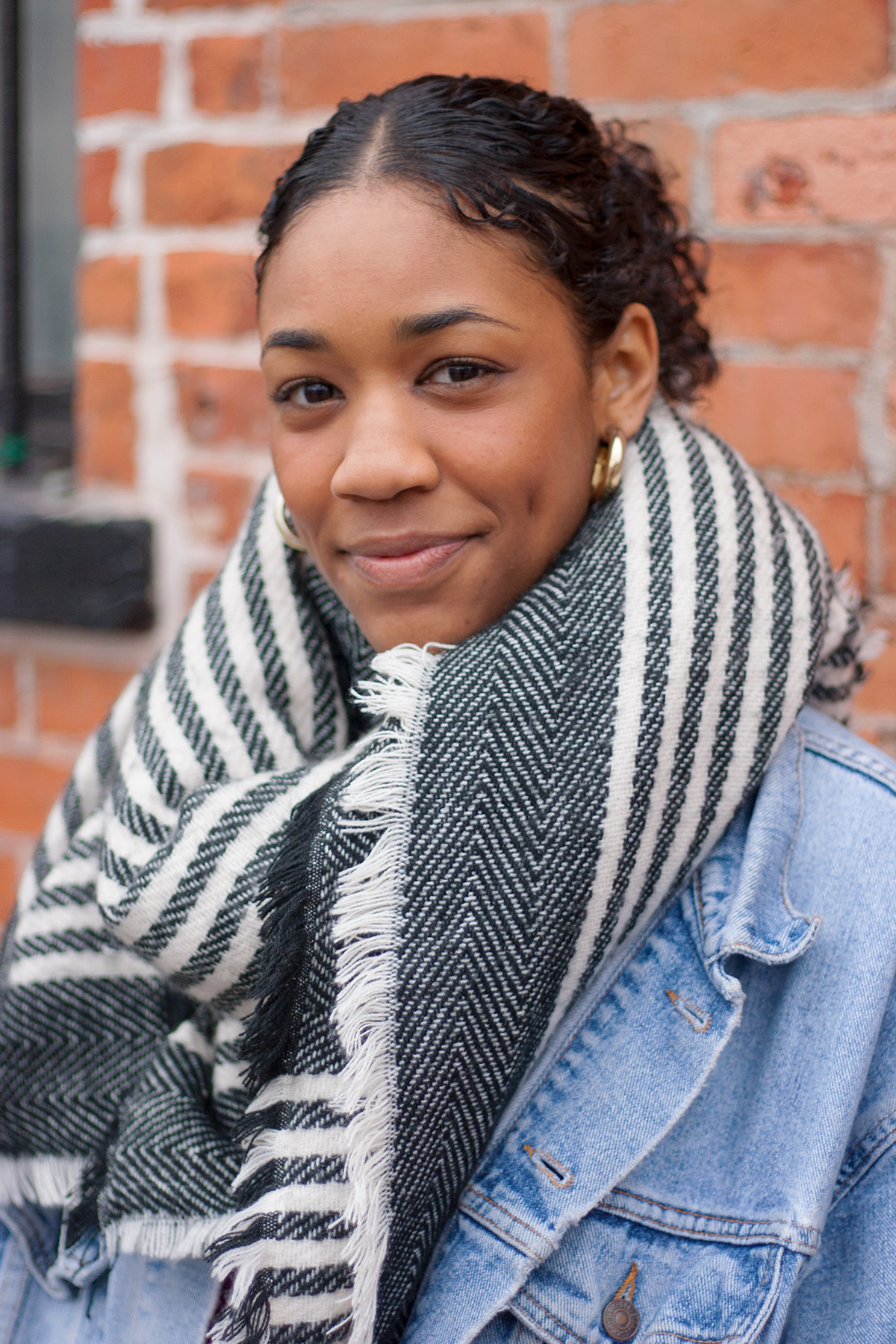 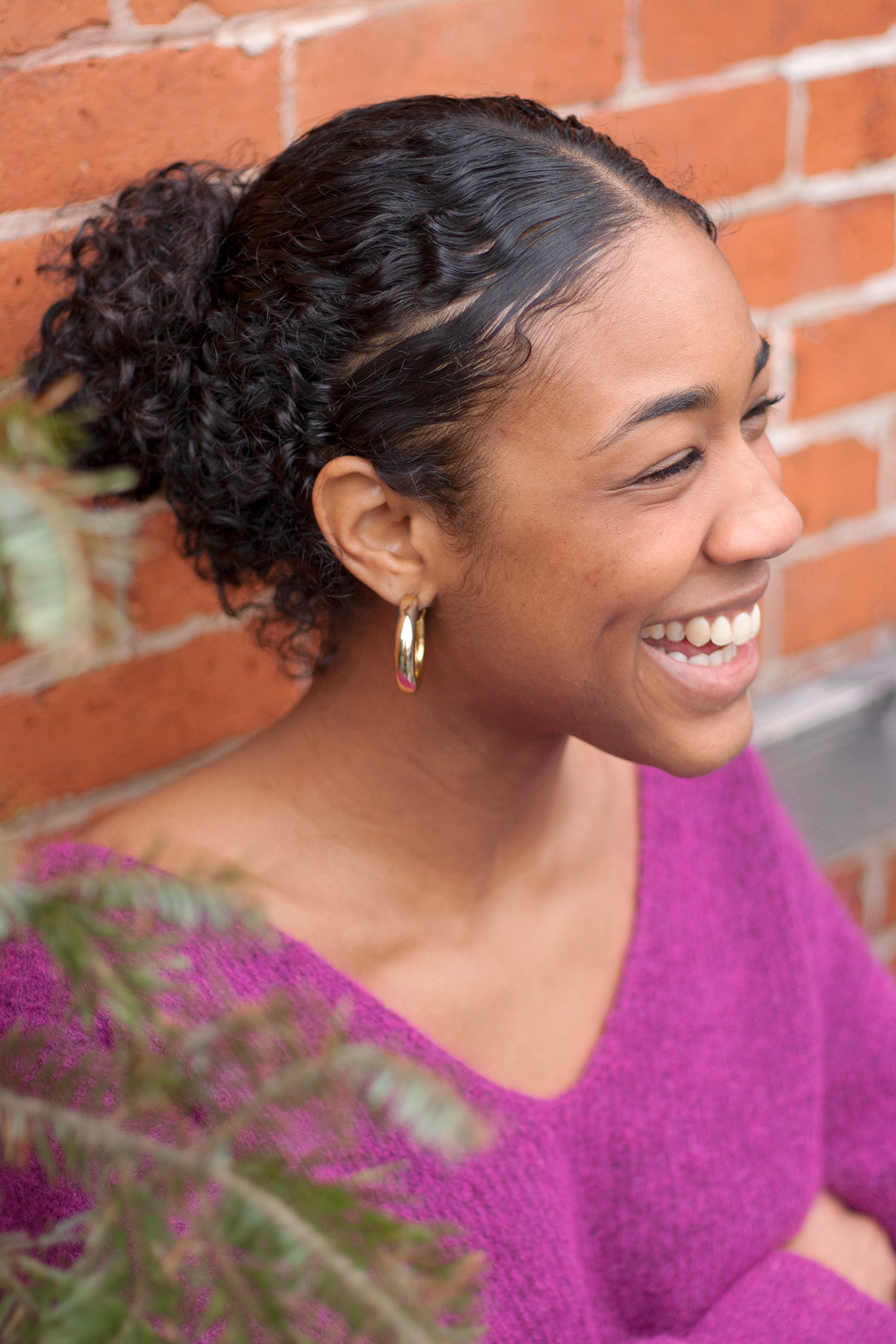 You’ve written prolifically for publications such as Saint Heron, Racked and Vogue. What impelled you to pursue a career in writing?

My parents have this running joke that the only reason I learned how to read at such a young age was so I could learn to write the short stories, poems, and plays that I would later annoy them with at family functions (dramatic readings and performances were sort of my thing). So storytelling, in all its forms, has been something I’ve been drawn to since childhood.

I was a sophomore in high school when it dawned on me that writing could be a viable career path. I was reading a months old back-issue of Elle magazine that I picked up at some dollar store while waiting for my mom. I remember being so entranced by the cover story—the writer’s ability to humanize this high-profile celebrity in such a poetic way—that I read the entire thing standing right there in that magazine aisle.

When it dawned on me that this whole magazine writing thing was someone’s actual job, it immediately clicked. Journalism was the first and only major I pursued in college because of that moment. It validated my passion in a way nothing had before.

(If you’re wondering what Elle cover star prompted such a dramatic life change, it was Miley Cyrus. Yes, I’m completely aware of how ironic this is today. And yes, I still cringe at the thought.)

As the Associate Editor of emerging digital platforms at Vogue.com, what technologies are you most excited about, and what new opportunities do you think they offer?

If you would have told me ten years ago that I would end up at one of the most prolific fashion magazines in the world working in social media, I would’ve legitimately laughed out loud. I’ve been notoriously late with just about every social media platform I’ve ever been on.

At Snapchat, we’re tapping into a reader that is different from our Vogue magazine audience or our website, which is super exciting. Our readers are mainly in the 13 to 24-year-old age demographic, so their appetite for all things new and forward-thinking is constantly evolving. All that means is that we have to learn to evolve with them. There are so many exciting things happening in the world of social media, and emerging platforms in general. But the way we’ve been utilizing video on these platforms is what is exciting me the most. 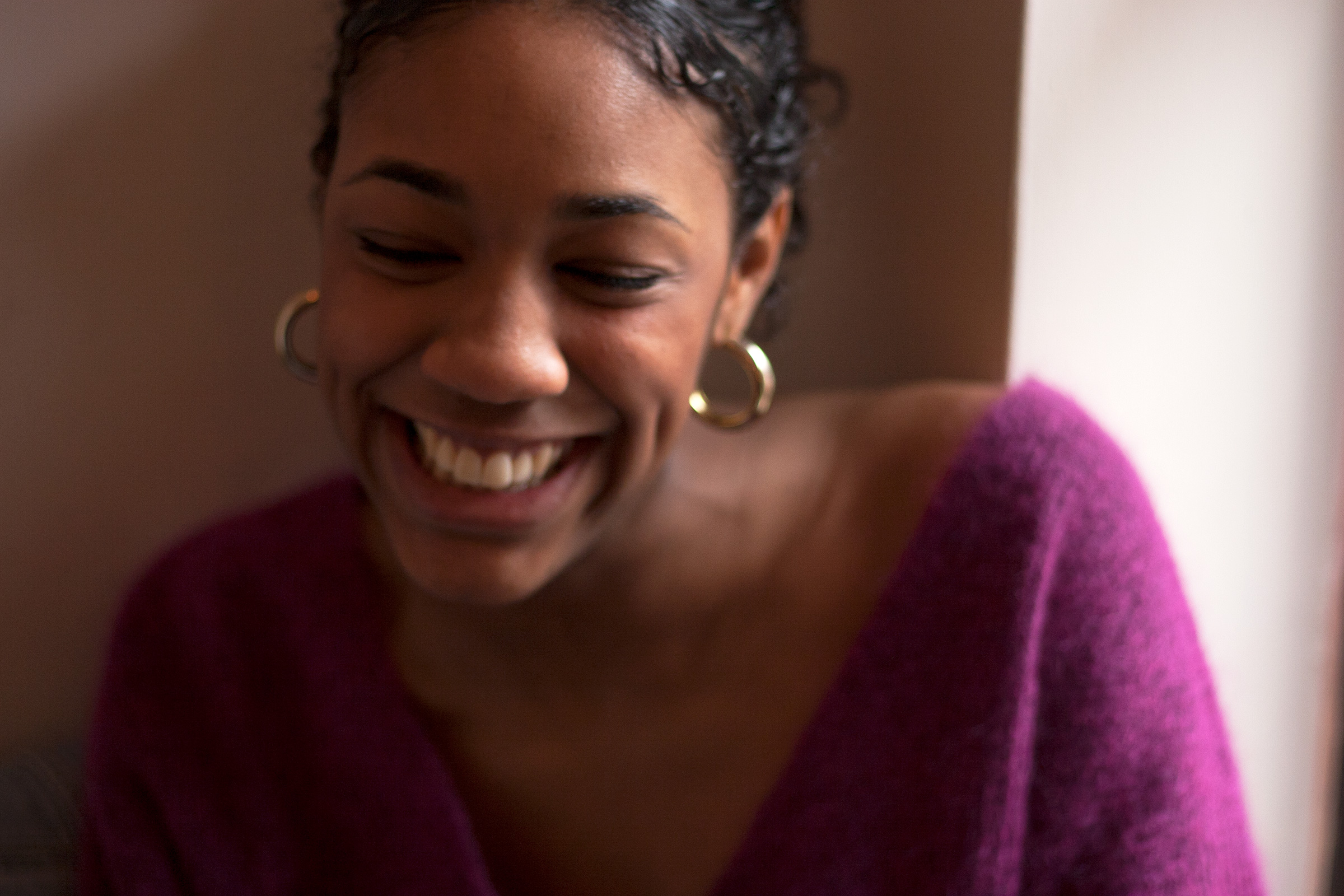 Much of your work sheds light on communities often forgotten by the fashion industry. In this regard, what is your creative process like?

I would say the majority of my time is spent writing original content or filming and requesting video for Vogue’s Snapchat Discover platform. Sometimes it’s a first-person account of what it’s like to dress like Katy Perry for a day or career and fashion advice from women who inspire us.

The fashion world is definitely guilty of glorifying a certain type of woman: white, skinny, heterosexual, often French. Since I’ve started my position, my team and I have made a conscious effort to bypass this stereotype all together. The women we feature are women who we genuinely admire, women who our readers can actually see themselves in. When I’m doing round-ups or looking for women to interview, I make female voices of color my priority, as well as plus-size women and people who identify as LGBTQ. You’d be surprised how white-washed your platform can look if you’re not being deliberate about who you’re choosing to shine a light on. Noticing those little things can make all the difference.

Have there been any challenges you’ve encountered while navigating the course of your career?

The biggest challenges I’ve faced have been internal, for the most part. Imposter syndrome, feeling like I don’t belong in the spaces that I’ve worked hard to create for myself. It’s definitely something I’ve struggled with ever since moving to New York City. And I’ve found that it often magnifies itself the longer I’m in spaces that aren’t populated with people that look like me. That’s why it’s so important to have strong support systems of like-minded individuals outside of whatever it is you’re pursuing. For me, it’s my ride-or-die creative buds who I can count on to pull me out of my fashion hole every once in a while. Or it’s my gang of uber talented Black fashion ladies that collectively uplift one another’s work over iMessage group chats.

Racism has existed in the past and continues to exist in the fashion industry, from the deliberate exclusion of people of color on runways, to some of the most powerful and successful figures in the industry being empowered to partake in racist verbiage and action. How can the institution of fashion begin to reconcile with this reality and cultivate a space that is inclusive of and safe for people of color?

By getting more people of color in the door and actually listening to what they have to say once they’re there. These days, simply meeting a diversity quote is not enough. 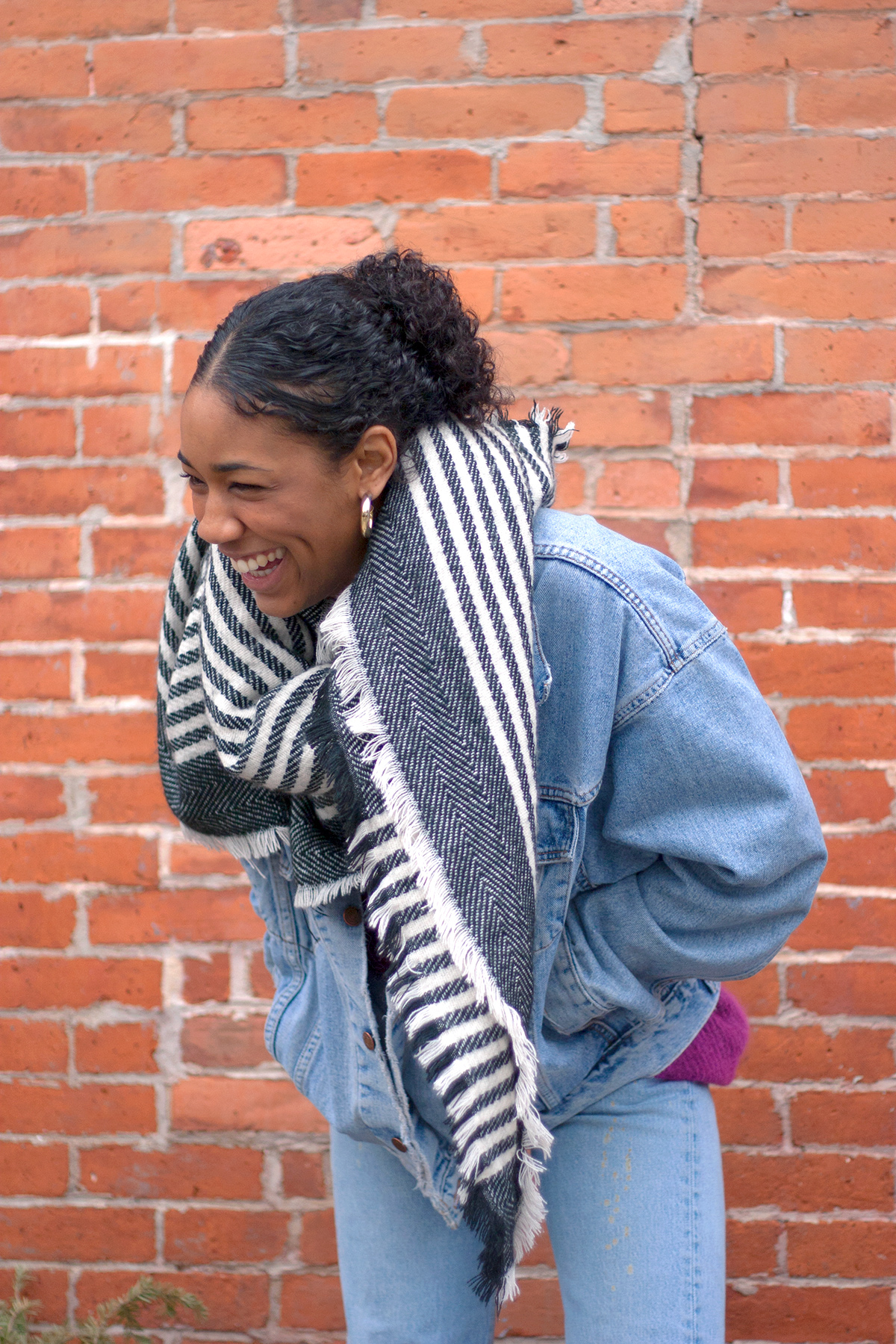 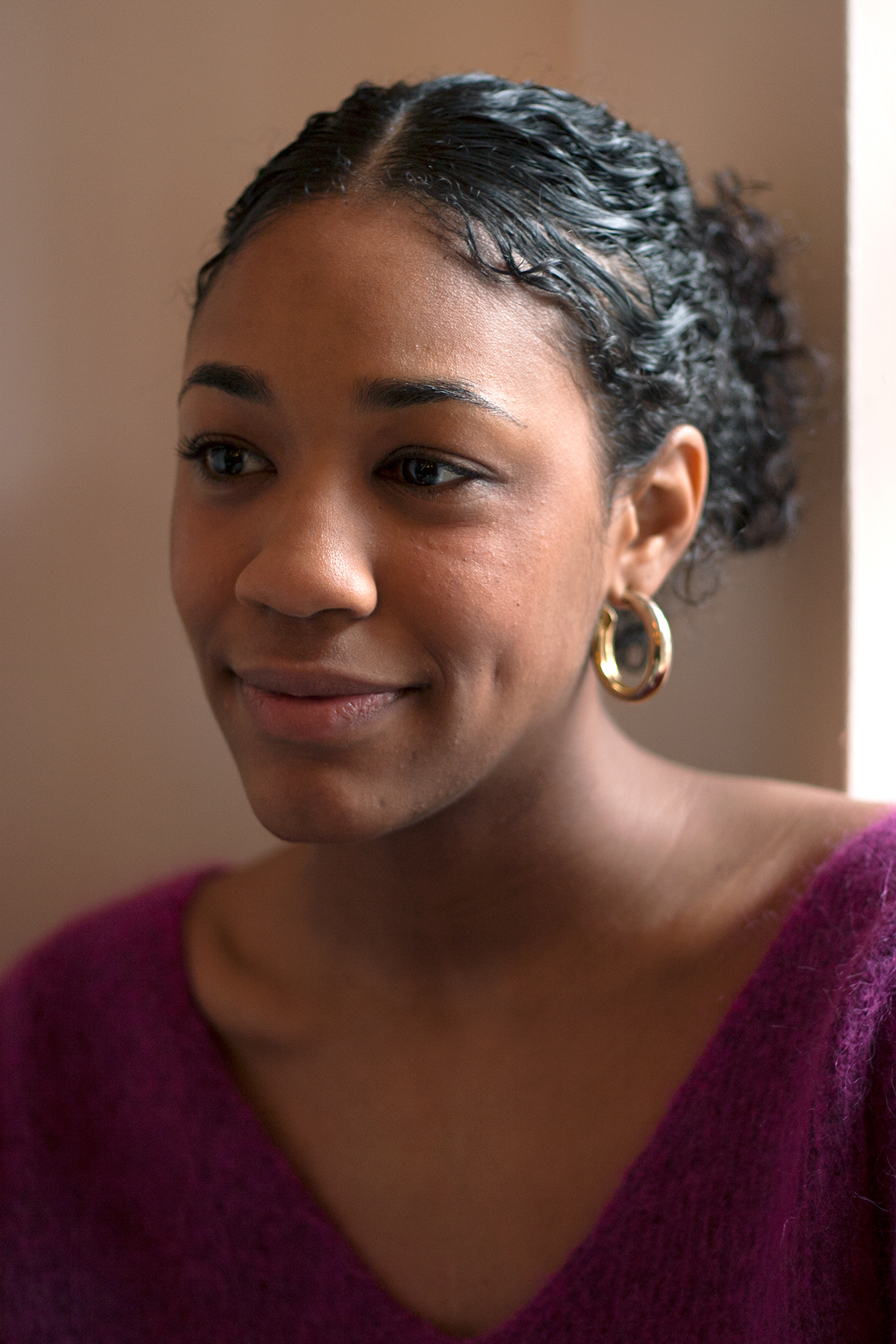 Do you have any advice for someone aspiring to work in fashion publishing? What have been some important lessons you’ve learned in the course of your career?

Be kind. Listen to those around you, be it your superiors or the young men and women who work under you. Remember that the writers, editors, and stylists you idolize in this industry are imperfect just like you. Surround yourself with people who uplift you. Surround yourself with people who have dedicated their careers to uplifting the young people who come after them. I’m only just beginning, but for some reason, I feel that this is what real success looks like—seeing young girls that look like you thriving in an industry that you’ve helped make more attainable. 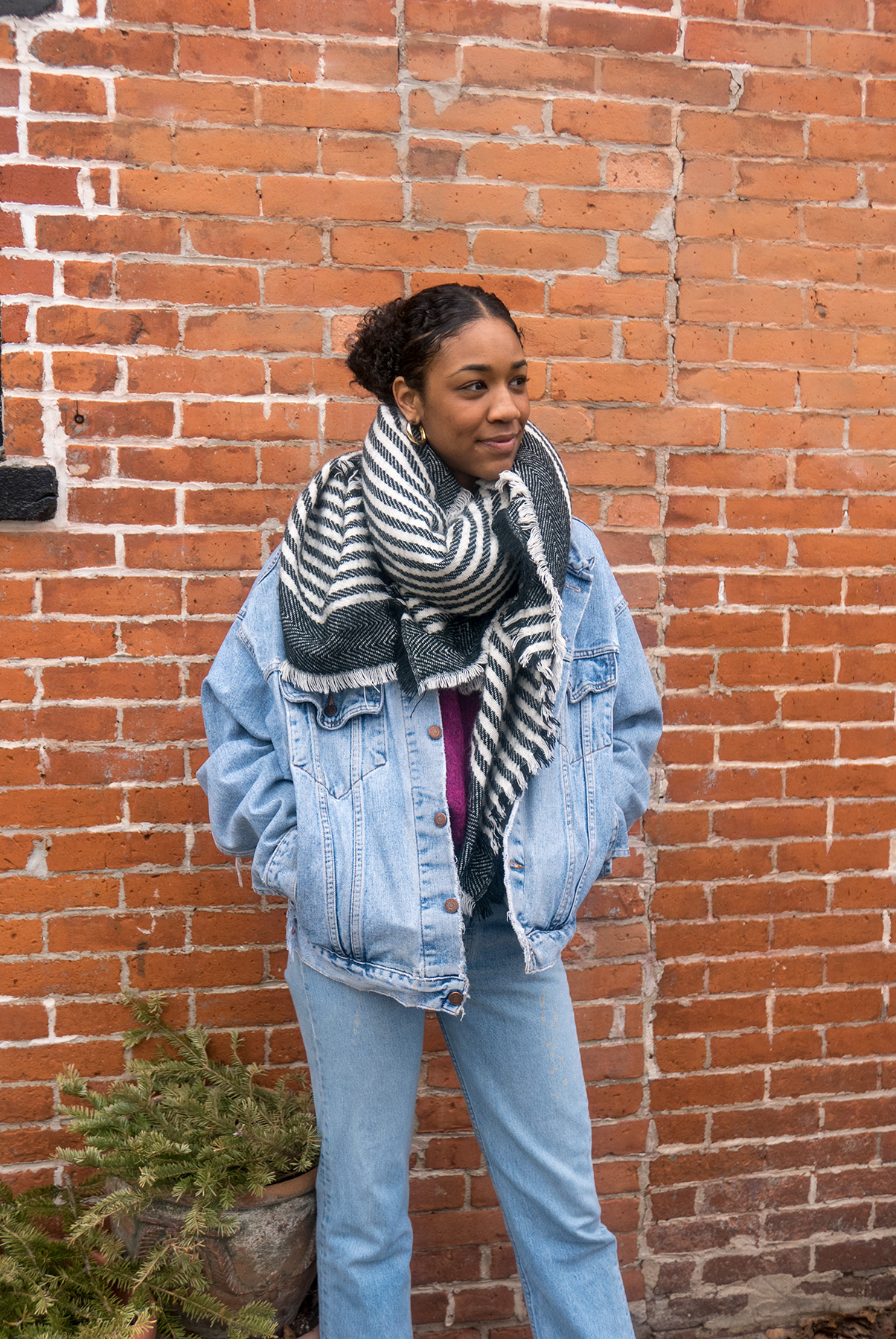 Prior to New York City, you were living in New Orleans. How have these two cities shaped the person you are today?

Growing up in New Orleans was certainly a treat. That city sparked my creativity from such a young age, taught me what community should look like, the importance of culture and family. I feel the same about New York City, if you can believe it. There’s so much history here. So much more I want to immerse myself in. Living in New Orleans and through the devastation of Hurricane Katrina taught me resilience. And New York City is testing that resilience every.damn.day. I surprise myself by how strong I feel sometimes.

Who are some women that inspire you?

My amazing mother who instilled in me from a very young age the power of faith and family. My talented group of female friends here in New York, who’ve helped me find my path and whose unabashed creativity continually sparks my own. And finally, the female writers of color I meet on a day-to-day basis, living, breathing, and thriving here in this godforsaken city. They remind me why I’m here and where I plan to end up.

How do you disconnect and recharge in this time of sensory overload?

To be honest, I’m still working on this! It’s so easy to get caught up in the hustle and bustle of the city, especially when you’re just breaking into the industry. There’s this incessant pressure to always be on, to never take time off. But lately, I’ve been managing it the best I can. I’m taking those vacation days and making myself available to visit home every once in a while. Traveling, whenever possible, keeps me on my feet and my mind racing. 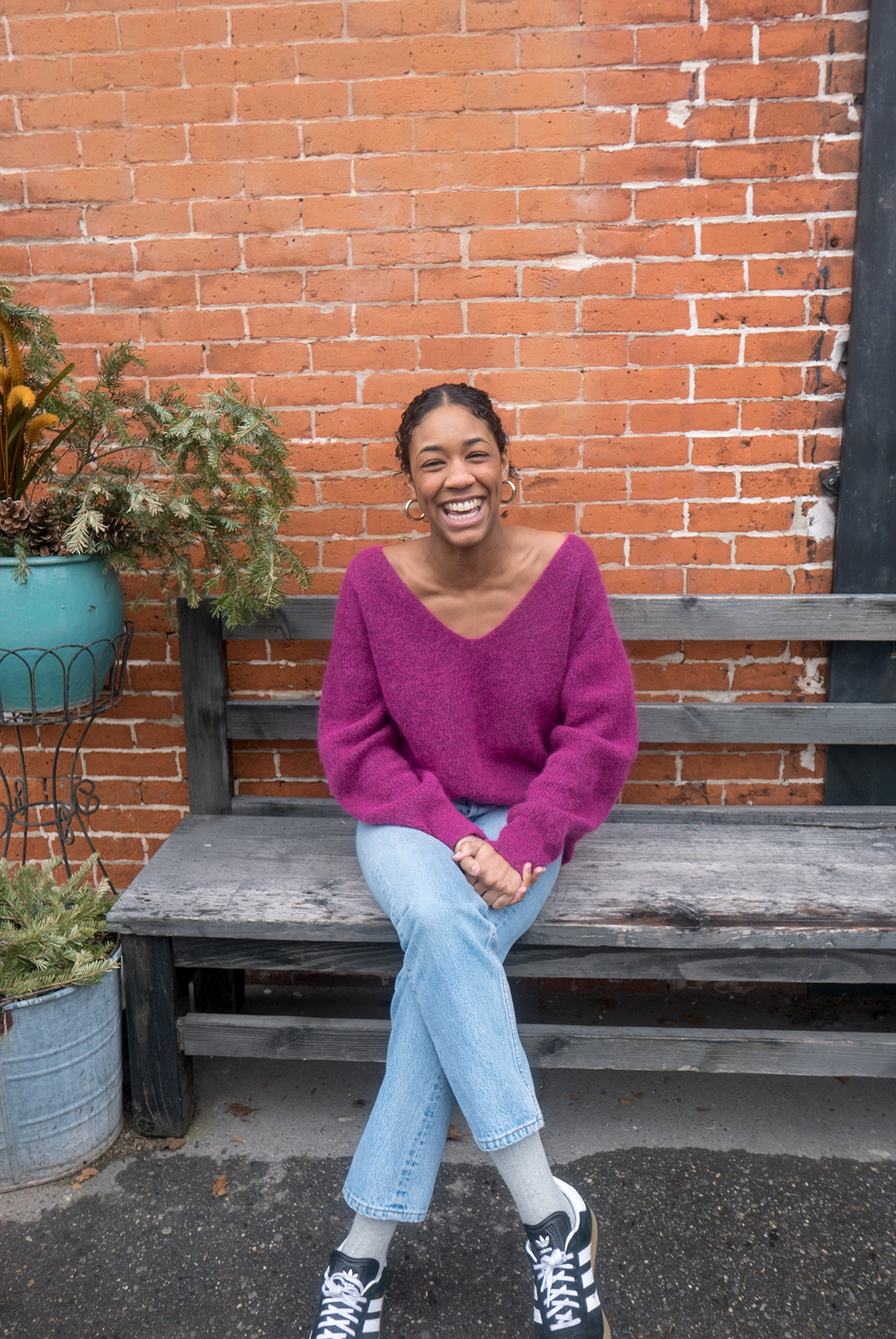 What is one book you could read a hundred times over?

What song should we be listening to right now?

I’ve been on a neo-soul kick for the last two months, and I’m really into Jordan Rakei’s latest album Wallflower. Either the title song or “Eye to Eye” are my mood until summer.