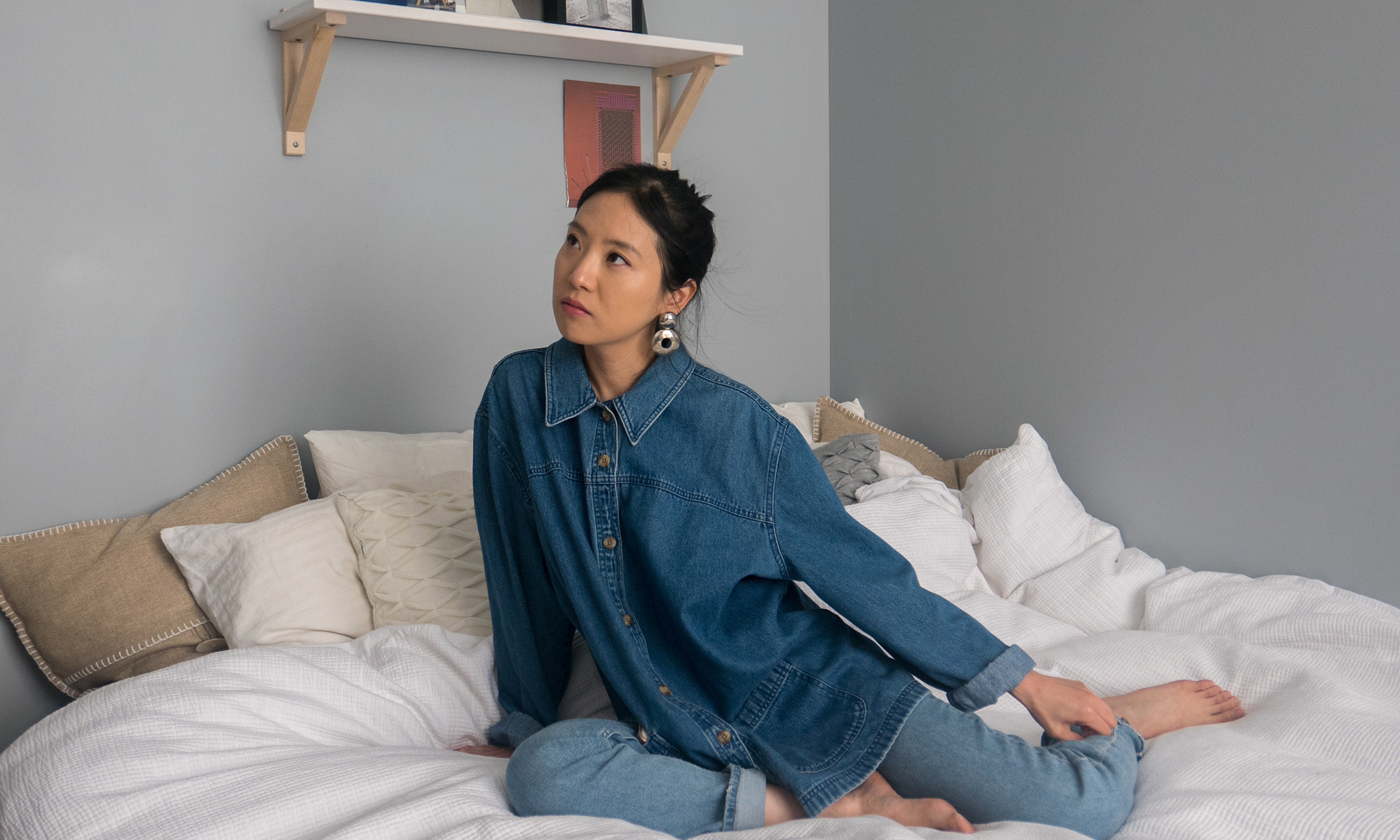 Mary Kang on empowerment through representation and the potential of love

Mary Kang is a photographer whose roster of clients include Nike, Uniqlo and The FADER. Born in South Korea and raised in Austin Texas, Mary's dynamic work is representative of her philosophy of love and dignity in her ethics as a photographer. Receiving us in her Brooklyn home, our ever-thoughtful host had ready for us a feast of fried chicken, and shared with us her observations on representation in the photography industry and what drew her to this career.

Mary, tell us a bit about yourself.

With a background in advertising, how did you make the transition to photography?

I was introduced to photojournalism when I started working at the University of Texas, Austin college newspaper The Daily Texan as a part time job. At the Daily Texan, visual communication was taken very seriously. I was fascinated by this new concept of visual communication introduced to me. Growing up, I was always intrigued by visual narratives, but never considered art or anything associated with visual concept as something serious to pursue as a career. In my cultural upbringing such fields were not the most encouraged, but understandably so because my immigrant parents didn’t see art as something to be pursued, but something to be enjoyed. So when I saw that there was even a degree called Photojournalism, and how powerful visual narratives can be, I was stunned and captivated. Never in my life have I felt such passion. Ever since, I really dedicated my college life to The Daily Texan photo department, prioritizing it over my advertising major. 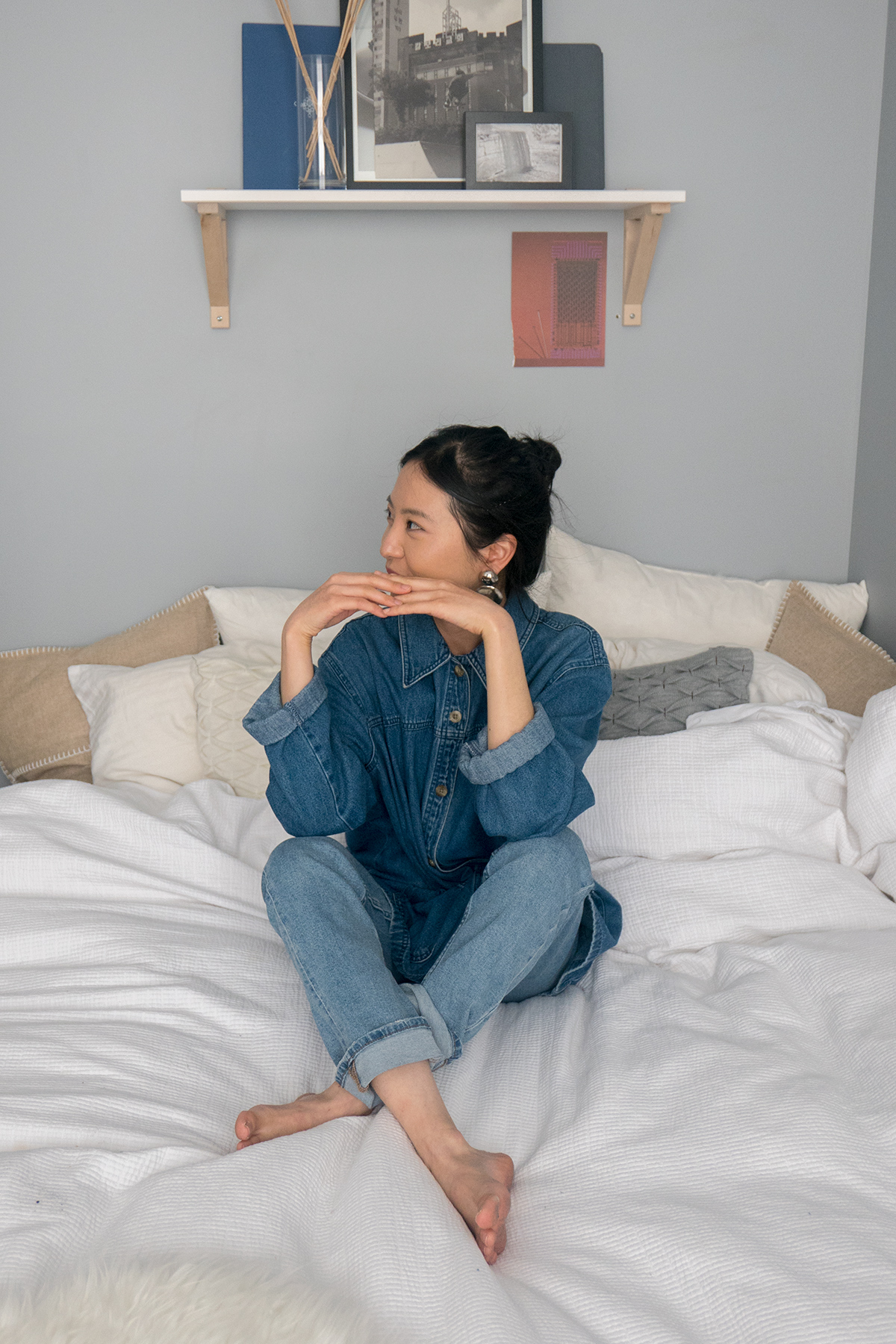 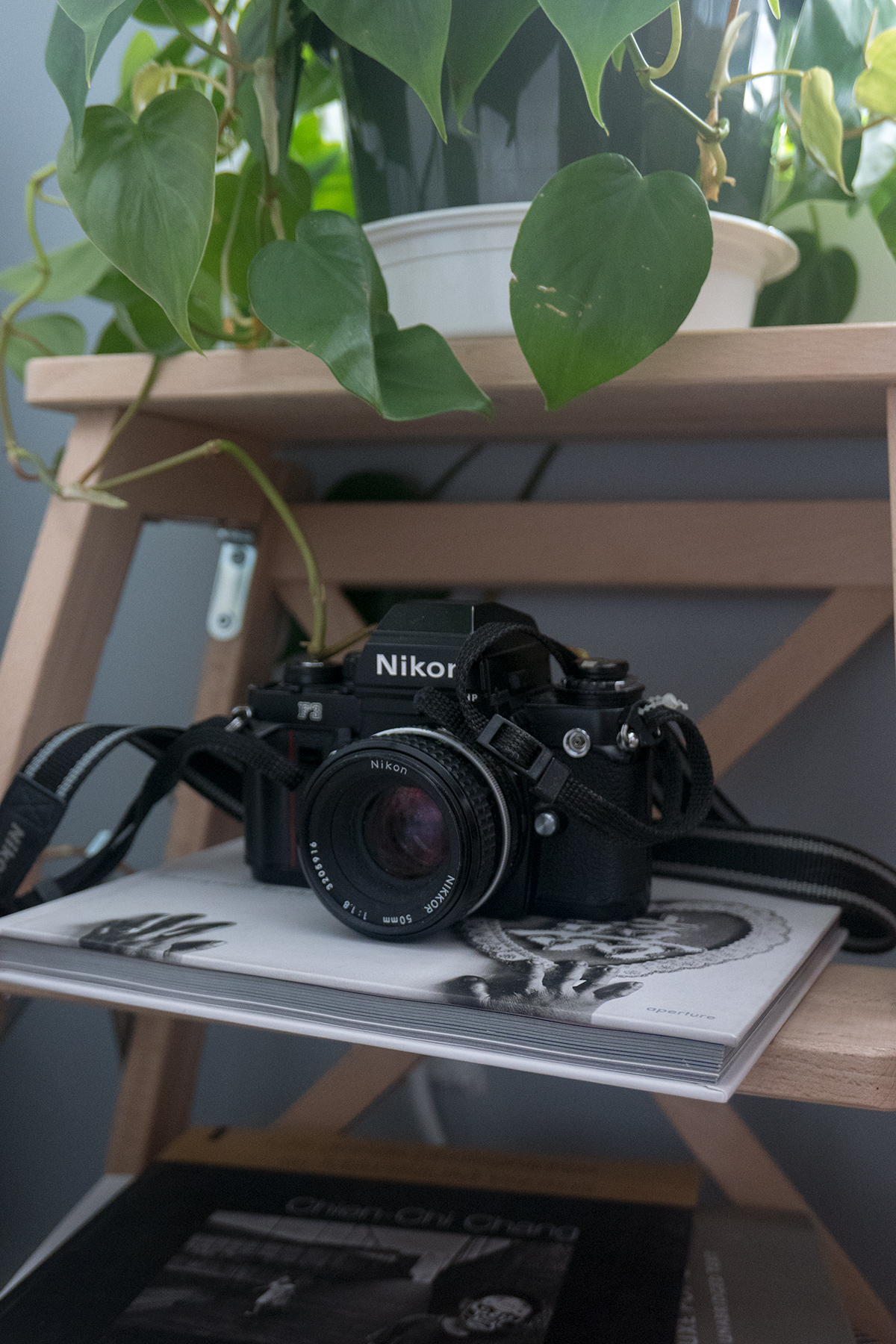 Your photography style is so diverse - from portraits of the First Lady of New York City, Chirlane McCary for Cosmopolitan, to documenting music festivals for The Fader and commercial fashion photography. How do you approach each subject?

Because I started with photojournalism, I am very grounded in the storytelling aspect. Every person and event has their unique stories, and I consider myself to be there to serve that story. As a photographer, the core idea is built on sense of connection with the person at the other end of the camera. It is important that the person feels comfortable and respected. Duration of time varies to make that connection, but I try my best to catch a vibe of the person and the setting once I enter the room, and respond to it accordingly. I would say it is kind of like when two people dance together. It works the best I think when the photo shoot becomes a collaboration with the person that I am photographing during the whole process.

Additionally, I think it is important to keep in mind that the people being photographed are real human beings instead of subjects, as obvious as that sounds. We constantly need these reminders because exploitation has its way in on so many areas, whether it is people being photographed in news/documentaries or models on fashion shoots. Exploitation happens when we fail to recognize someone as a full human being and ignore their dignity. 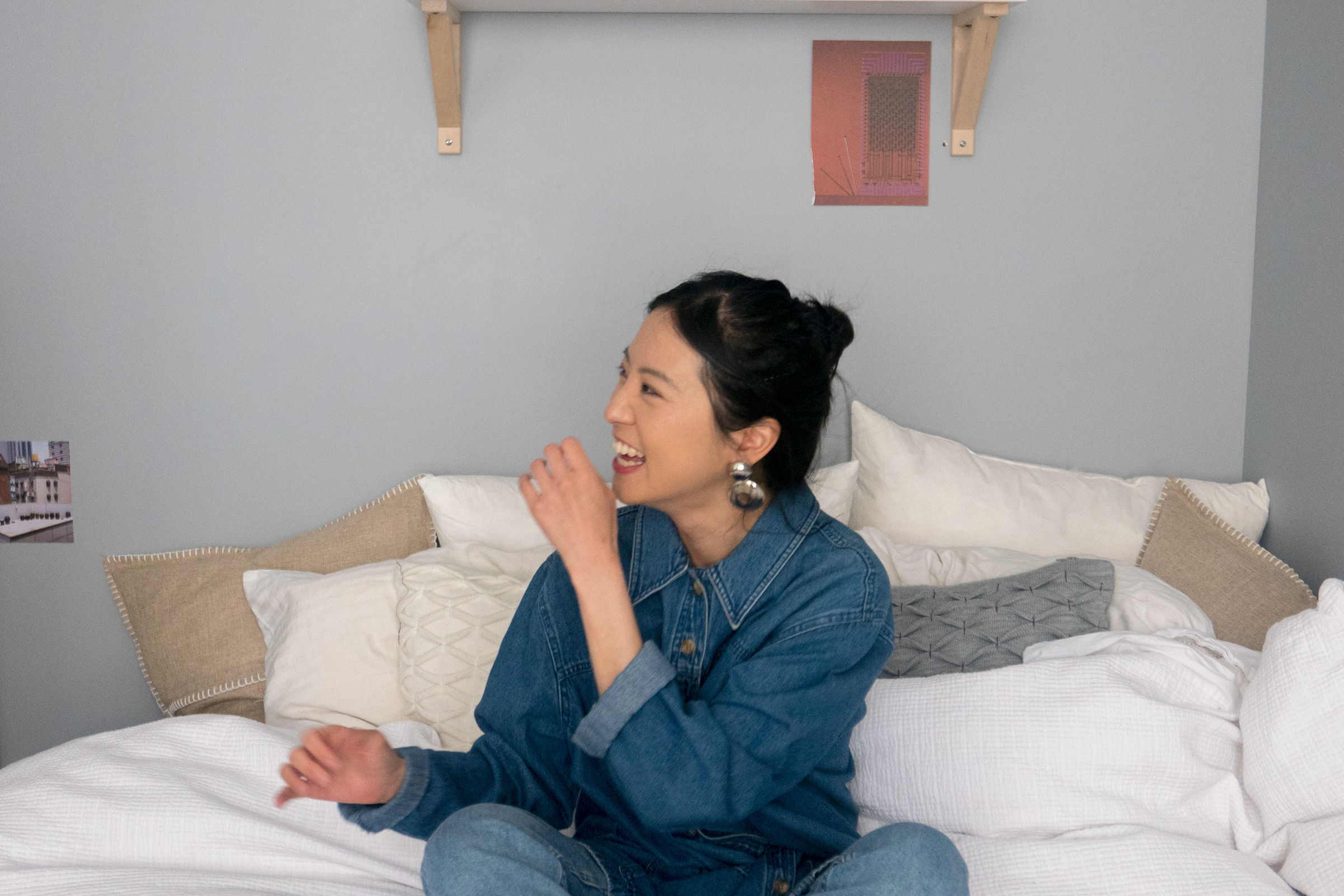 The photography industry is traditionally such a male-dominated space. Were there any challenges you faced while forging your path to becoming a successful photographer?

When I was starting out, I used to look up to Magnum Photo Agency a lot. I thought that joining this prestigious agency would be the ultimate goal in my career. However, seeing that the agency lacked diverse representation, it did make me feel insecure.

Over time, being exposed to dialogues that empower minorities helped me to be more confident and assertive. This past year the Women Photograph database launched. The founder, Daniella Zalcman, was tired of hearing photo editors say they do not know where to find women photographers, so she put together about 600 women photographers’ information from around the world. She also monitors percentage of photos taken by women photographers in major news publications such as the Washington Post, Guardian, New York Times, Los Angeles Times, etc., and posts the data on Twitter every month or so. The numbers are shocking and not shocking at the same time; only about between 9 to 25% of the photos being taken are by women. A similar database launched called Photographers of Color, although Women Photographs also allows to identify as a photographer of color within the database. 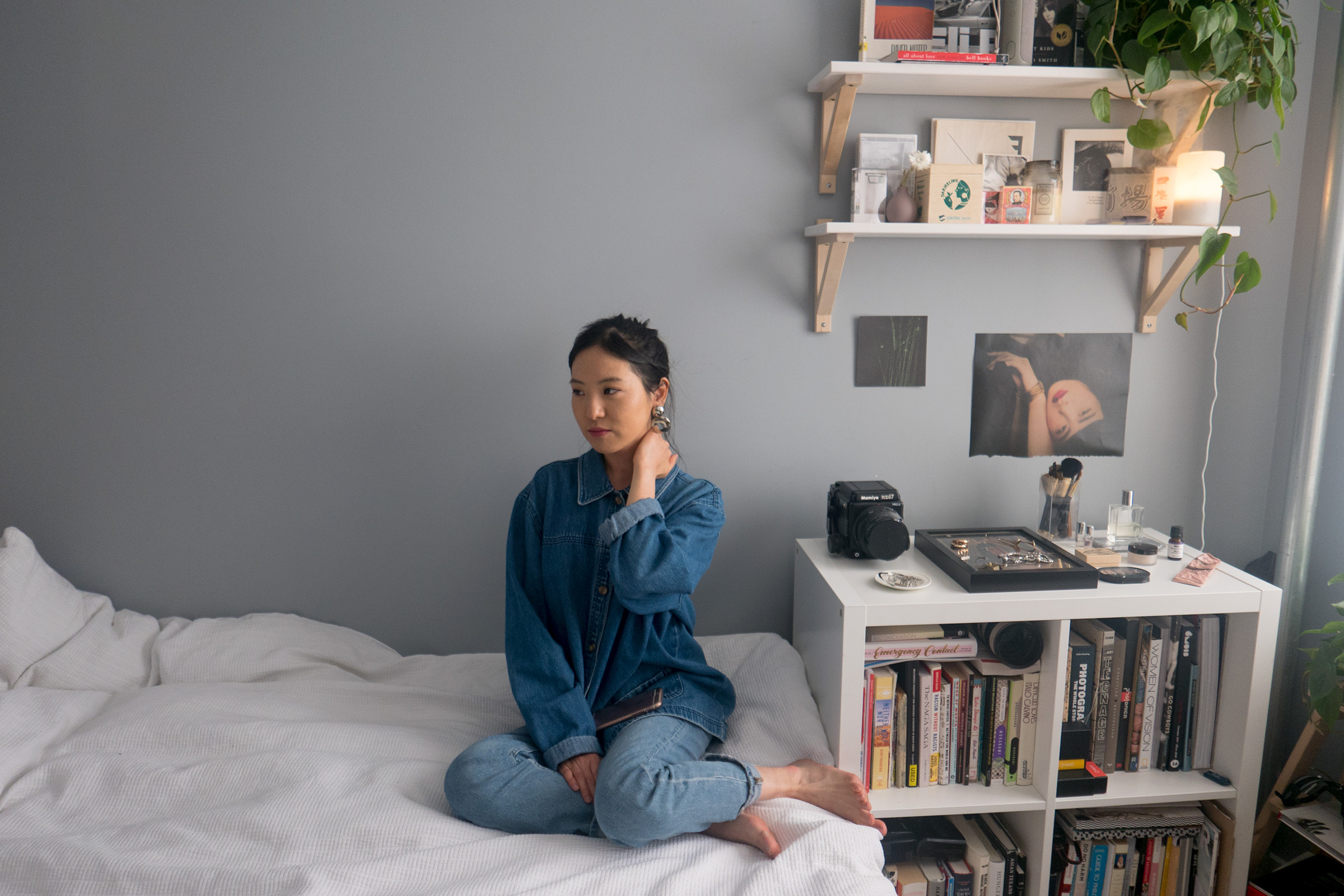 I am very thankful I got to find these avenues that help us to network within. It is so important that we bring more unique and nuanced perspectives in storytelling platforms and amplify that. Getting to know photographers who believe in these movements is encouraging, validating, and inspiring. It is a reality that this industry (as with any other industry) is predominantly male, and male photographers have power to have influence and uplift underrepresented talents. I was fortunate to have such a great mentor as Eli Reed who saw me beyond my gender as a photographer and reminded me of my potential. He always encouraged to keep creating meaningful works no matter what the environment of the industry was like on race and gender. I am grateful for those like him, for their friendship and mentorship to help me grow as a photographer. 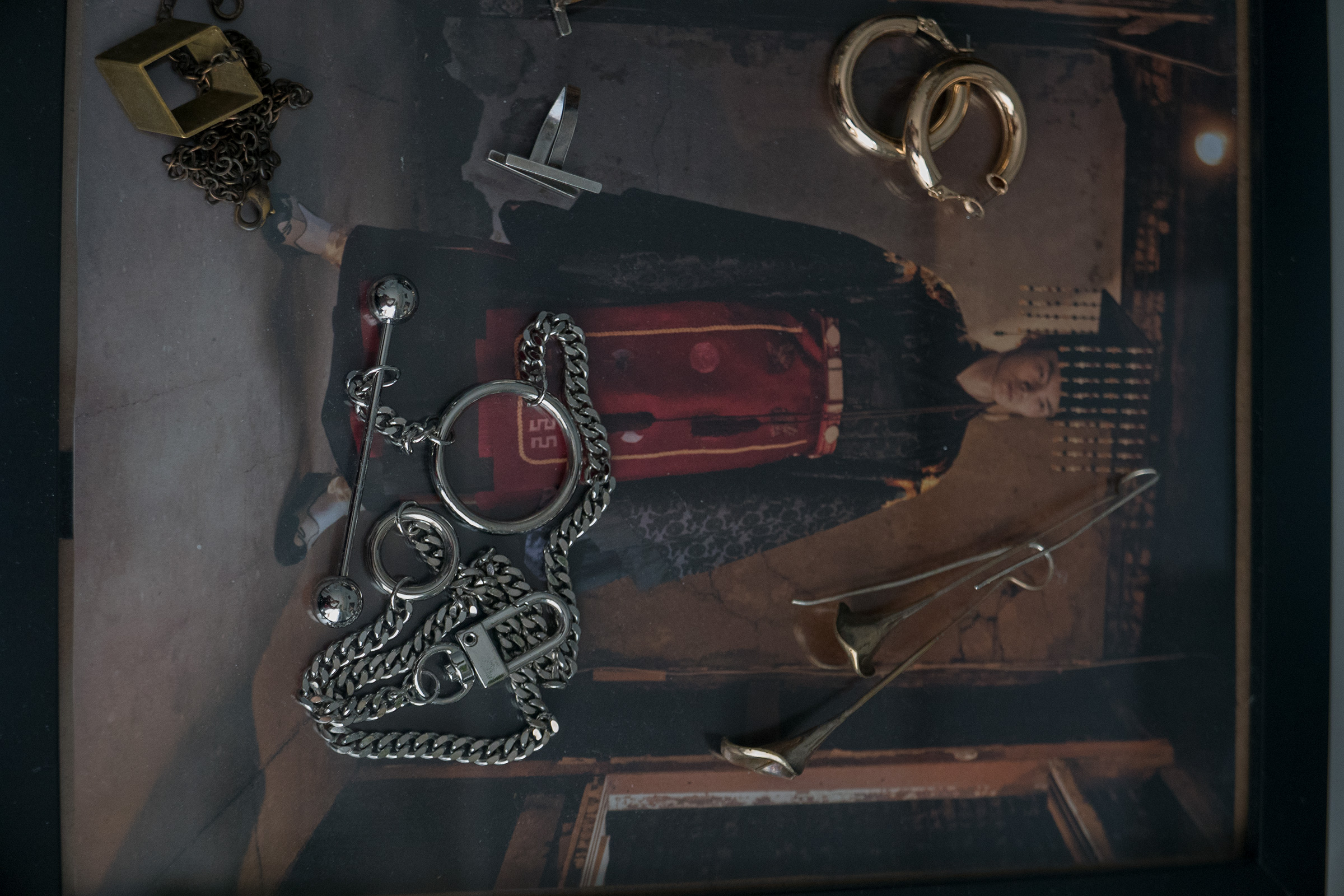 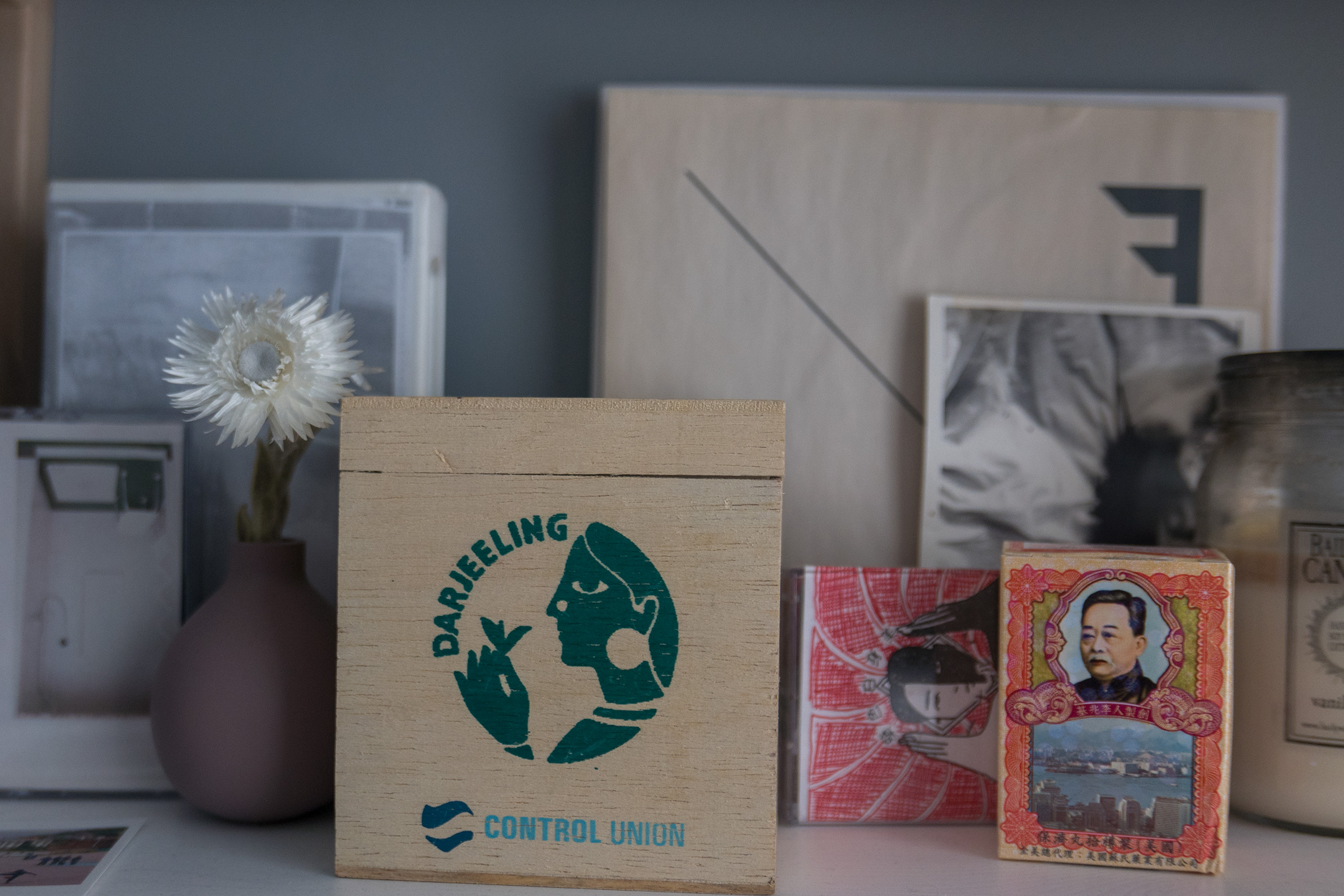 What advice do you have for someone trying to break ground as a photographer?

With a lot of resources available on the Internet I think there are many self-taught photographers these days, and this is great. At the same time, if one has an ability to be self-taught with technical and creative skills, one should have an ability to self-teach ethics also. That is not emphasized enough. To be respectful and to never assume, which comes with a lot of listening. It will always be a work in progress, and it is very important to consider multiple dimensions with regards to people being photographed, and the community the people may represent. Visual images have huge influence as with other forms of communication in shaping bias, and it is sometimes beyond photographer’s control. In the kind of message we portray we have to be responsible. We always have to remember to be a human before a photographer. It honestly can get easy to forget that.

What actions can we take to cultivate love and acceptance for immigrants in the United States?

I think it starts by not othering different racial/ethnic groups in our narratives, while recognizing different historical backgrounds that cause people to immigrate in the first place. It is important to really “see” the reality of what is happening so that problems can be solved, but problems often occur in the way we execute the messages and in the way we gaze, because of the internalized biases that a lot of us still have to unlearn. Someone recently told me, “only through the gaze of love can we really see each other as equal.” Try to look at other people as if they are your loved ones such as family members, close friends, significant others, or even self, in terms of dignity that they deserve through your gaze. Remember that each person is somebody’s beloved and deserving of love. 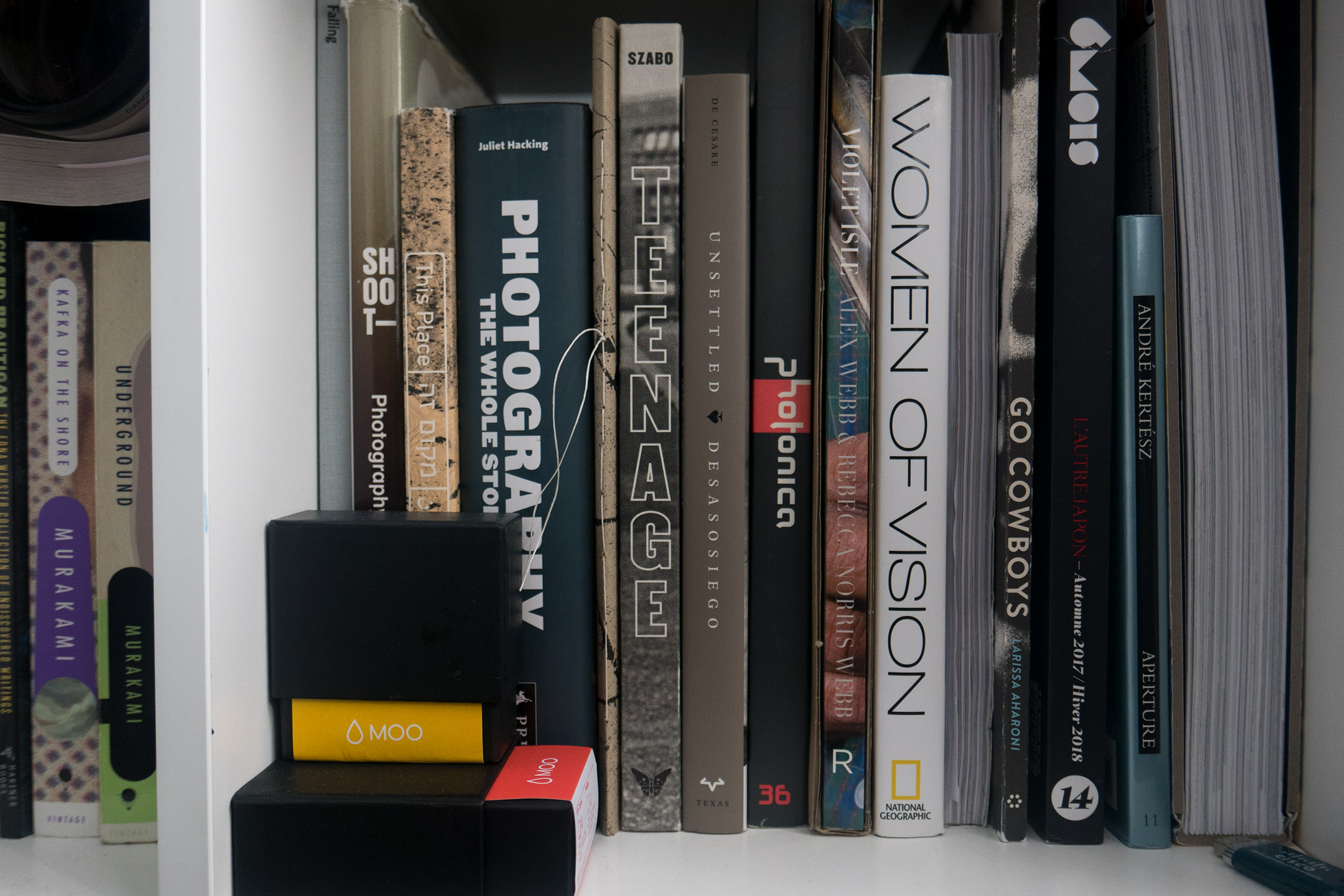 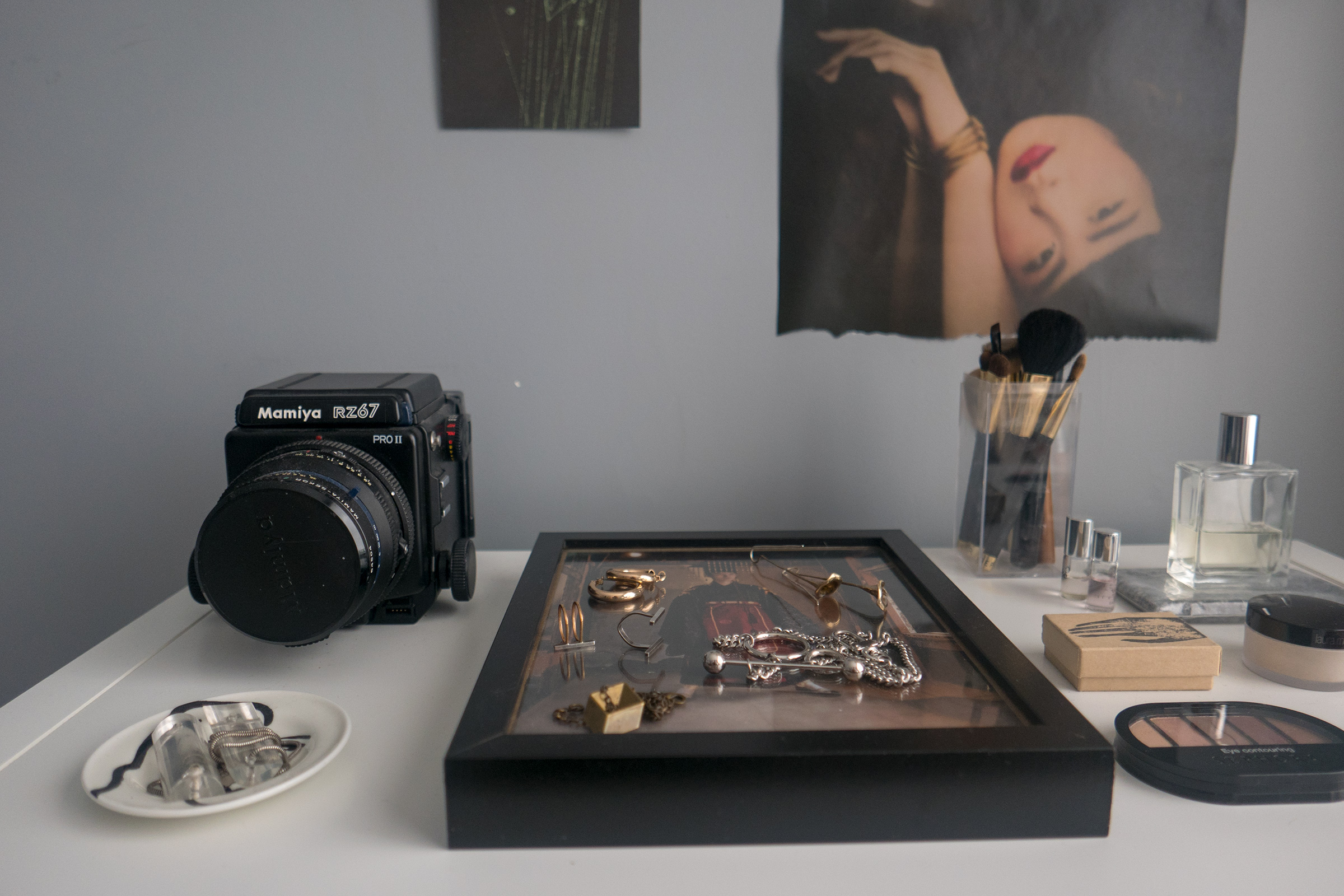 Your photo project “Blissed”, captures the essence of community and culture of the Himalayas so beautifully. What inspired this series, and what did you learn from it?

I was in the Himalayan region – Bhutan, Darjeeling district of West Bengal, India, and east Nepal – while traveling with a Bhutanese Nepalese American friend of mine and his family. I actually don’t get to go back to my motherland South Korea often, so when I got a chance to visit the Himalayan region I was so elated and soothed by the similar hospitality and mannerisms I remember from my childhood in South Korea. It evoked fond memories from my childhood. In order to remember the people that I met and the feelings they imparted on me, I took photos as a form of diary.

I left South Korea in elementary school and without knowing, I believe I was photographing my nostalgia of that time. I don’t know what it is, but I have a lot of longing to go back to my childhood memories in South Korea. I replay certain scenes over and over again in my head. I think perhaps I miss the pure joy I felt as a kid.

Between work and travel and keeping up with the light speed that is New York City, how do you recharge?

Praying helps me a lot. Exercising and being out in the sun helps too, as well as reaching out to my family and good friends. Additionally I love stuff like jjimjilbang, where you can just relax your body. There’s one in New Jersey called Spa King and it is fairly affordable to go once in a while, just a bit out of the way. 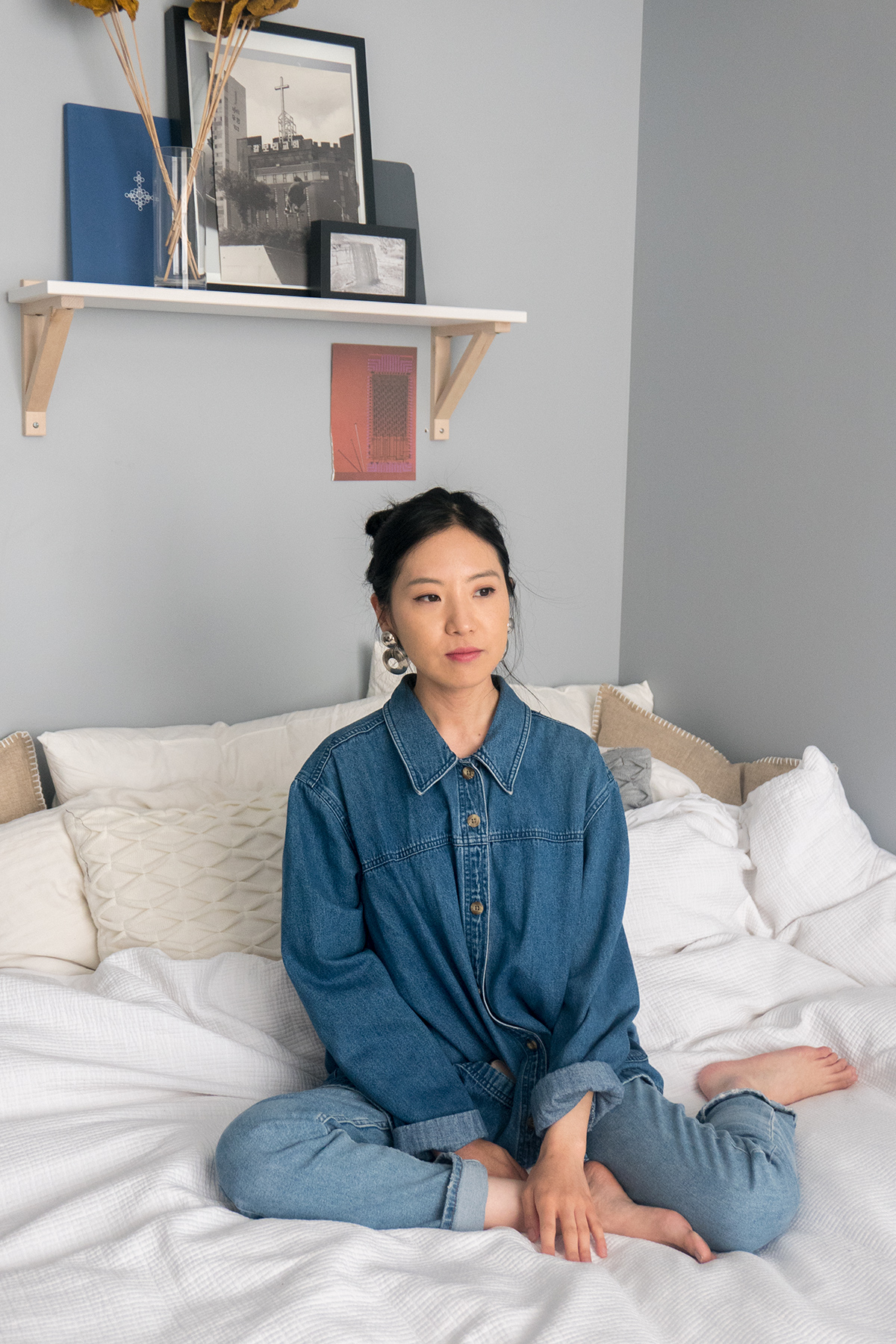 Who are some photographers you admire?

What is your favorite song to listen to when you are working?

A lot of times what I listen to depends on the mood. I know this is an easy answer, but I pretty much listen to everything. If I have to pick just one, recently I’ve been listening to “Xtal” by Aphex Twin on loop while editing photos.

What is your favorite song to listen to when you unwind?

I really like the song “Morning Sunrise” by Weldon Irvine. I came across it while on Dorothy Ashby artist radio on Spotify. That whole playlist is very soothing.