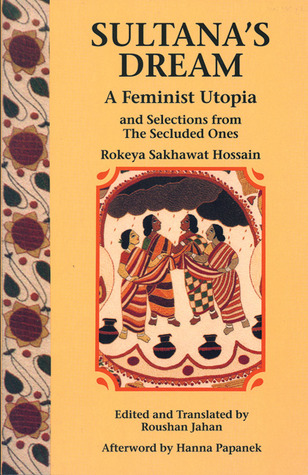 1) The National Geographic Twins and the Falsehood of Our Post-Racial Future by Doreen St. Félix for The New Yorker

2) Parable of the Sower by Ocatvia E. Butler

3) Sultana's Dream: A Feminist Utopia and Selections from The Secluded Ones by Rokeya Sakhawat Hossain

1) I Am Not Your Negro by Raoul Peck

Master filmmaker Raoul Peck envisions the book James Baldwin never finished, Remember This House. The result is a radical, up-to-the-minute examination of race in America, using Baldwin’s original words and flood of rich archival material. I Am Not Your Negro is a journey into black history that connects the past of the Civil Rights movement to the present of #BlackLivesMatter. It is a film that questions black representation in Hollywood and beyond. And, ultimately, by confronting the deeper connections between the lives and assassination of Medgar Evers, Malcolm X and Martin Luther King Jr., Baldwin and Peck have produced a work that challenges the very definition of what America stands for. 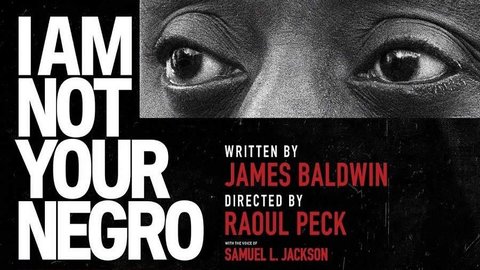 bell hooks and Gloria Steinem in a discussion about how feminism encourages transgression, or not. bell hooks (née Gloria Watkins) is among the leading public intellectuals of her generation. Her writings cover a broad range of topics including gender, race, teaching, and contemporary culture. Gloria Steinem is a writer, lecturer, editor, and feminist activist. She is particularly interested in the shared origins of sex and race caste systems, gender roles and child abuse as roots of violence, non-violent conflict resolution, the cultures of indigenous peoples, and organizing across boundaries for peace and justice.

The title of Academy Award nominee Ava DuVernay’s extraordinary and galvanizing documentary 13TH refers to the 13th Amendment to the Constitution, which reads “Neither slavery nor involuntary servitude, except as a punishment for crime whereof the party shall have been duly convicted, shall exist within the United States.” The progression from that second qualifying clause to the horrors of mass criminalization and the sprawling American prison industry is laid out by DuVernay with bracing lucidity. With a potent mixture of archival footage and testimony from a dazzling array of activists, politicians, historians, and formerly incarcerated women and men, DuVernay creates a work of grand historical synthesis.

1) Donate to Love Army For Rohingya

600,000 people have been forced out of Rakhine state by the Myanmar army and Buddhist extremists. This means 1.3 million Rohingya exist in limbo without a place to call “my country.” Myanmar’s army makes one thing clear to every Rohingya they aren’t raping, murdering, burning, or shooting: “Get out and don’t come back.” So they flee from their villages until they reach Bangladesh.

The government of Bangladesh is overwhelmed by the refugee crisis. The refugees arrive having eaten little if anything in days, and with just the clothes on their backs. Children are especially vulnerable to human trafficking, servitude, and abuse, as many have become separated from their families. Once they arrive in the tent cities (without any sanitation), the daily struggle continues to access clean water and food. 100% of your donation goes directly to the Rohingya refugees, filling the urgent need of food, clean drinking water, and other critical supplies.

2) Support the Me Too Movement

In 2006, Tarana Burke founded the me too. movement to help survivors of sexual violence, particularly young women of color from low wealth communities, find pathways to healing. Using the idea of "empowerment through empathy," the me too. movement was ultimately created to ensure survivors know they're not alone in their journey.

The me too. movement has built a community of survivors from all walks of life. Ultimately, with survivors at the forefront of this movement, we're aiding the fight to end sexual violence. We want to uplift radical community healing as a social justice issue and are committed to disrupting all systems that allow sexual violence to flourish.