1) Remnants of a Separation: A History of the Partition through Material Memory by Aanchal Malhotra

3) The Bluest Eye by Toni Morrison, Nobel Laureate and recipient of the Presidential Medal of Freedom

1) Creatively Speaking Presents Through Her Eyes: Contemporary Shorts By Women of Color at the Brooklyn Academy of Music

"The celebration and respect of women of color continues to be an underrepresented notion in mainstream media. This series offers a selection of films, all made by women of color, that cover a range of contemporary topics, from idealized notions of beauty and colorism, to family and identity, to sexuality and relationships."

"A classical sitar performance featuring Alif Laila on Sitar accompanied by Mir Naquibul Islam on tabla. From Dhaka, Bangladesh, Alif Laila began her training in sitar under Ustad Mir Qasem Khan, nephew of the legendary maestro, Ustad Alauddin Khan (Ravi Shankar's guru). She further continued under the tutelage of Partha Chatterjee, Krishna Bhatt, and Kushal Das. Over the course of her career, she has performed in prestigious venues including: The Kennedy Center, The Shakespeare Theater in Washington, DC, The Purcell Room in South Bank Center, London, The Nehru Center in London, The Bengal Festival in Dhaka, and The India International Centre, New Delhi." 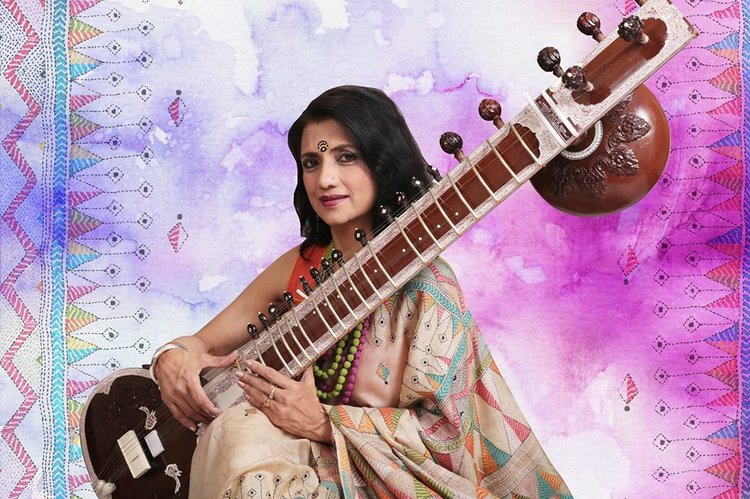 3) "Whose Streets?" by Sabaah Folayan and Damon Davis

"Told by the activists and leaders who live and breathe this movement for justice, an unflinching look at the Ferguson uprising. When unarmed teenager Michael Brown is killed by police and left lying in the street for hours, it marks a breaking point for the residents of St. Louis, Missouri. Grief, long-standing racial tensions and renewed anger bring residents together to hold vigil and protest this latest tragedy. Empowered parents, artists, and teachers from around the country come together as freedom fighters. As the National Guard descends on Ferguson with military grade weaponry, these young community members become the torchbearers of a new resistance."

“BEAM (The Black Emotional and Mental Health Collective) and the National Queer and Trans Therapist of Color Network are raising money to start a community driven fund that gives awards to Black folks in the south who are therapists, yoga teachers, and community workers, and group facilitators to do innovative healing and support work in the Southern states where Medicaid has not expanded. With this fund, we will be able to help therapists offer group and individual sessions, help yoga teachers afford to offer free classes, hold community fairs and much more! We plan to grow the initial funds, but our inaugural donors will be listed on our website, honoring you for commitment to support Black Lives in the south! All donations are tax deductible. BEAM is a 501 (c )(3) organization.”

2) Listen to and support MALA, a podcast and perfume anthology where extraordinary women retell their stories of survival and reimagine them as scents.

"Writer and perfumer Tanwi Nandini Islam founded MALA with the intent of exploring memory and olfaction, and redinfing what it means to be a "bad woman". The women interviewed for this project spent decades in the criminal justice system in New York State. Purchase a 5 perfume sampler inspired by the stories of 5 formerly incarcerated women interviewed for the MALA podcast (sales from this sampler all go toward funding the project and future seasons)."

“The evening will begin with a silent auction to benefit Ajam Media Collective, an online platform challenging Western media representations of the Middle East through short story and long-form journalism, photography, and beyond. We will be exhibiting artifacts collected in conjunction with the film screening of the evening, Facade. Facade is a documentary by Ajam Media Collective’s Mehelle Project focusing on the urbanization of inner-city Baku, Azerbaijan. The filmmakers will be there to speak on their work and experiences in creating it. Music and poetry are to follow, spanning from traditional instruments and readings to contemporary expressions. Finally, the evening will end with a belated celebration of Chaharshanbe suri, the Persian tradition of jumping over a fire before the new year to release unwanted energy and replace it with light and vitality.”