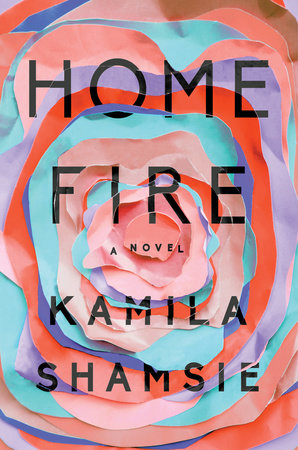 Teaching to Transgress: Education as the Practice of Freedom by bell hooks

Exit West by Mohsin Hamid, lauded as one of the 10 Best Books of the Year by The New York Times

"Ahmed Mater: Mecca Journeys takes visitors through the holiest city in the Islamic world. It presents a compelling portrait of the massive urban redevelopment now under way and its effects on residents and the millions of hajj pilgrims who travel there every year. Saudi artist Ahmed Mater has documented this unprecedented expansion for nearly a decade. Focusing on Mecca as both a symbolic site of worship and a contemporary urban center grappling with the consequences of unremitting growth, Mecca Journeys presents a portrait of the complex cultural dynamics at work in the city today."

"Winner of The Kitchen's inaugural Emerging Artist Award, Camae Ayewa/Moor Mother presents an exhibition and performances showcasing the creative process of her second solo album, Analog Fluids of Sonic Black Holes, and its instrumental accompaniment, Sublime Methods of Spiritual Machines, using soundscape installation, film, collage, and poetry. Investigating the idea that every shadow has a history, the artist speaks about ancestral temporality and the embodiment of what remains and lingers: what takes shape and holds in the shadows of the physical world. Organized by Tim Griffin and Lumi Tan."

"When the filmmaker's 86-year-old grandmother Mee-Mah was hospitalized after a stroke, her eight children became irreconcilably divided over her small estate. Black Heirlooms examines how we pass things on from one generation to the next, and where we are going wrong."

Part of BAMcinématek's Creatively Speaking series "Through Her Eyes: Contemporary Shorts by Women Of Color" 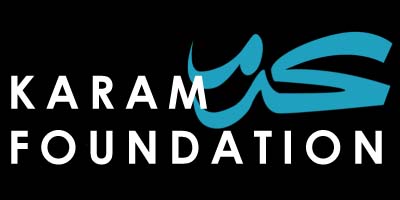 Donate to Karam Foundation's Emergency Aid for the children of Eastern Ghouta, a suburb of Damascus, devastated by the deadly airstrikes by the Syrian regime, and learn more about how you can support the cause.

Established in Crown Heights, Cafe con Libros is a feminist community bookstore owned by Afro-Latina veteran Kamila Desuze, whose mission is to provide space for anyone seeking a community of readers and thinkers, and to spread the love of reading as a source of healing and joy.

BUFU: By Us For Us (recommended by activist Shahana Hanif)

"BUFU is a collaborative living archive centered around (pan)Black and (pan)Asian cultural and political relationships. We, the founders of this project, are a collective of queer, femme and non-binary, Black and East-Asian artists and organizers. Our goal is to facilitate a global Conversation on the relationship between Black and Asian diasporas, with an emphasis on building solidarity, de-centering whiteness, and resurfacing our deeply interconnected and complicated histories. We attempt to achieve this through our collaborative programming, our visual archives, and through building long-term partnerships with collectives, organizations, and individuals."

Support the growth of this essential organization.