1) "Feminism is for Everybody" by bell hooks

Acclaimed cultural critic bell hooks offers an open-hearted and welcoming vision of gender, sexuality, and society in this inspiring and accessible volume. With her customary insight and unsparing honesty, hooks calls for a feminism free from barriers but rich with rigorous debate. In language both eye-opening and optimistic, hooks encourages us to demand alternatives to patriarchal, racist, and homophobic culture, and to imagine a different future. 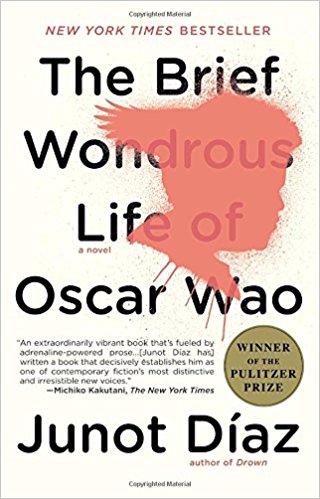 2) The Brief Wondrous Life of Oscar Wao by Junot Díaz

Diaz immerses us in the tumultuous life of Oscar and the history of the family at large, rendering with genuine warmth and dazzling energy, humor, and insight the Dominican-American experience, and, ultimately, the endless human capacity to persevere in the face of heartbreak and loss.

3) "What is white culture, exactly?" by Mona Chalabi for The Guardian

Whiteness is hard to define, but apparently it involves lots of vegetables, alcohol and the arts – and names like Yoder.

1) "Inventing My Father" by Diana Markosian

A photo project by photographer Diana Markosian, documenting her reunion with her father after fifteen years "For most of my life, my father was nothing more than a cut out in our family album....My father would disappear for months at a time. Then, unexpectedly, he would come home. Until, one day, it was our turn to leave. The year was 1996. My mother woke me up and told me to pack my belongings. She said we were going on a trip, and the next morning we arrived in our new home, in California. We never said goodbye to my father."

2) "The True Cost" by Andrew Morgan

The price of clothing has been decreasing for decades, while the human and environmental costs have grown dramatically. The True Cost is a groundbreaking documentary film that pulls back the curtain on the untold story and asks us to consider, who really pays the price for our clothing? Filmed in countries all over the world, from the brightest runways to the darkest slums, and featuring interviews with the world’s leading influencers including Stella McCartney, Livia Firth and Vandana Shiva, The True Cost is an unprecedented project that invites us on an eye opening journey around the world and into the lives of the many people and places behind our clothes. 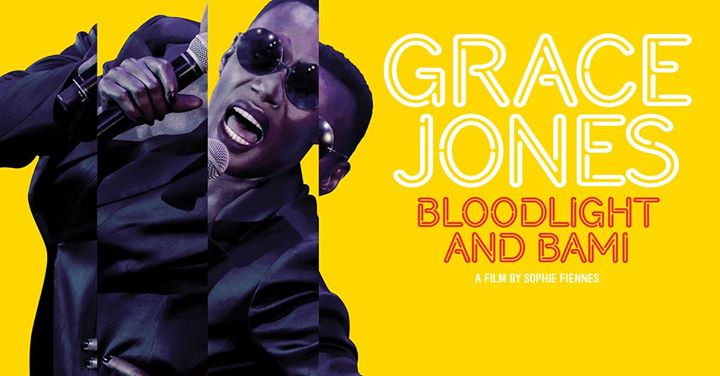 3) "Grace Jones: Bloodlight And Bami" by Sophie Fiennes at Metrograph

One doesn’t have to do much to make a film about the towering, tempestuous Jamaican-born Grace Jones visually stunning and frequently outrageous, but director Sophie Fiennes goes above and beyond in this documentary portrait of the powerful and pansexual glam-pop diva, observed in close quarters over the course of several years, the all-access segments of her quotidian existence on the road punctuated by larger-than-larger-than-life musical numbers. A treatment every bit as definition-defying as its subject, untamed by either age or life itself.

New York City residents throw out 200,000 tons of clothing, shoes, accessories, and linens every year. Textiles comprise 6% of the City's total waste stream. FABSCRAP was created to meet New York City’s commercial textile recycling needs. Materials that traditionally would have gone to landfill are now being properly recycled and made available for reuse. FABSCRAP is a 501(c)3 charitable organization, though it flips the traditional non-profit model. The service fee covers operational costs and allows FABSCRAP to give away fabric to students, artists, local designers, and crafters for reuse. Rather than a receiving a tax receipt for the value of the donation, the service fee is tax-deductible. Learn more

It’s a sad fact that most of the electricity in the U.S. is made from dirty, polluting, non-renewable sources such as coal. In fact, making electricity is the #1 industrial cause of air pollution in the U.S. and creates more CO2 than any other sector. Clean energy, on the other hand, is 100% pollution-free and produced from renewable sources that are naturally replenished and virtually inexhaustible. Creating energy from natural, renewable sources like the sun, wind and water seems like the better way to go, right? Green Mountain Energy is a mission-based company founded in 1997 and dedicated to using the power of consumer choice to change the way power is made. Learn more

3) Donate to Karam Foundation, a non-profit organization on a mission to build a better future for Syria

On April 7, 2018, the Syrian regime launched a deadly chemical attack on residents of besieged Douma. At least 42 people were killed and another 700 were injured. Karam Foundation develops Innovative Education programs for Syrian refugee youth, distributes Smart Aid to Syrian families, and funds Sustainable Development projects initiated by Syrians for Syrians. Karam Foundation was founded in 2007 in Chicago — a small, non-profit organization determined to do big things. Karam means "generosity" in Arabic. Ten years ago, Karam Foundation started with a food drive on the south-side of Chicago. Today, their impact expands across Syria, Turkey, Lebanon and Jordan, building a better future for thousands of Syrian families. Learn more